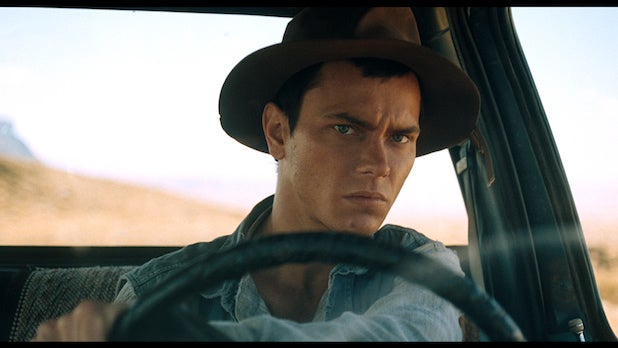 Lionsgate has acquired North American rights to River Phoenix‘s final film “Dark Blood” from Cinemavault and is planning a VOD release this year, it was announced Friday at Cannes.

In 1993, the insurance company behind the film attacked Phoenix for drug abuse. After losing the claim in 1998, it allegedly decided to destroy the negative of “Dark Blood,” but Sluizer managed to save the film and preserve the creative talent from being lost.

In 2012, he was able to edit the film using the existing negative and finally give life to the unfinished movie “Dark Blood,” which co-stars Judy Davis (“Husbands and Wives”) and Jonathan Pryce (“Brazil”).

“Dark Blood” tells the story of Boy (Phoenix), a young widower who retreats to the desert after his wife dies of radiation following nuclear tests near their home. Boy is waiting for the end of the world and carves Katchina dolls that supposedly contain magical powers. Harry (Pryce) and Buffy (Davis) travel to the desert on a second honeymoon in an attempt to save their marriage. Their car breaks down in the middle of nowhere and Boy rescues the couple. Haunted by the memories of his wife, Boy holds them prisoner because of his desire for the woman and his ambition to create a better world with her.

“Dark Blood” screened at the Berlin Film Festival in 2013 and numerous festivals across the world. It’s currently in theaters in Japan under Culture Convenience Club, and scheduled to be released in Brazil with Esfera Filmes, South Korea with AUD Cinema, and in Turkey with Digiturk.