Welcome back to Riverdale, Bulldogs.

The CW shared the first teaser of the upcoming third season, and the footage promises steamy hookups, a new mystery, and new Serpent tattoos.

“We will survive whatever you have planned, because we are endgame,” Ronnie says — is she talking about her and Archie (KJ Apa)’s relationship or the Core Four in general? At Comic-Con last month, showrunner Roberto Aguirre-Sacasa teased rough waters ahead for #Varchie.

We’re also treated to a shirtless shot of Archie who seems to be sporting a fresh Serpent tattoo on his right bicep. Does Arch make it out of jail (there’s a shot of our small-town hero behind bars in the video) to join the Serpents? 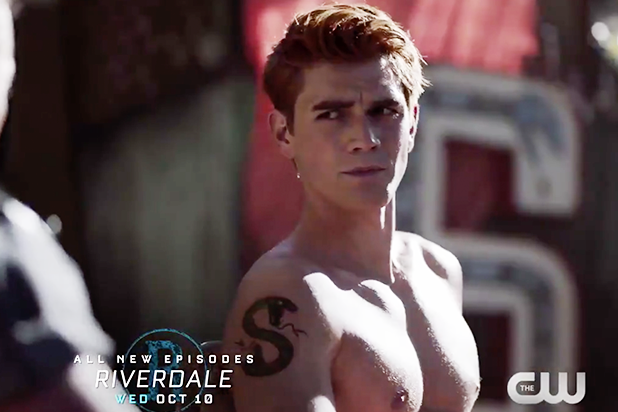 It looks like other relationships will be heating up in Season 3, like Moose (Cody Kearsley) and Kevin (Casey Cott), who we see catch a smooch in the school hallway, and Alice Cooper (Madchen Amick) and FP Jones (Skeet Ulrich) lazing in bed together. Speaking of Alice, it looks like we finally found out where she’s been hiding her Serpent tattoo. 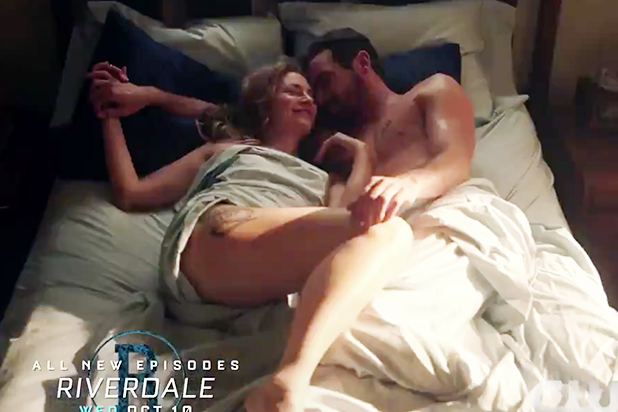 Don’t worry: your favorite sleuthing duo Betty (Lili Reinhart) and Jughead (Cole Sprouse) are back in full force, and they seem to be exploring something dark and having to do with the strange farm that Alice and Betty’s sister Polly (Tiera Skovbye) get involved in. After watching this, we’re a little concerned for Betty, who passes out and is either seeing things or has gotten into some really dark trouble. 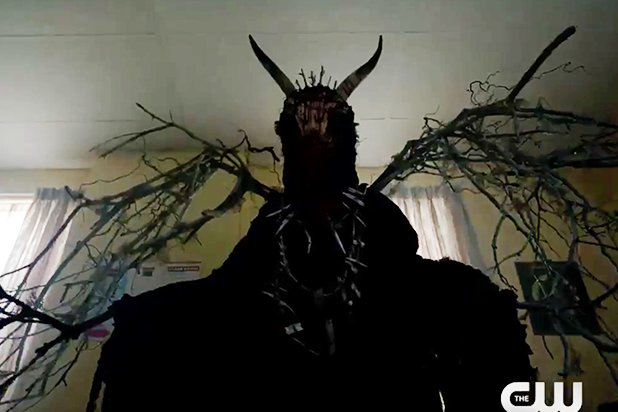 The tease ends with a shot of the farm and someone who sounds like Jughead screaming for help. Looks like we’re gearing up for another fine year in Riverdale!

See the teaser video below. “Riverdale” Season 3 premieres on The CW on October 10.

Do what it takes to survive. New episodes of #Riverdale return Wednesday, October 10 on The CW! pic.twitter.com/nrPmpCDKVw