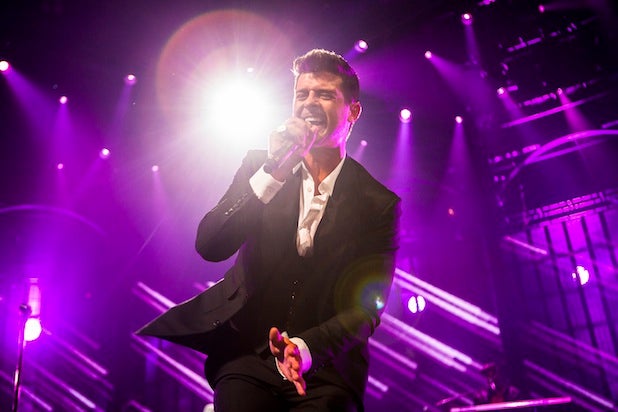 Also read: Miley Cyrus to Take Her Twerk-tastic Self to the MTV EMAs

“I am grateful and excited to be nominated and performing at this year’s EMAs. I know it will be an amazing night!” said Thicke, who’s nominated this year for four EMAs for Best Song for “Blurred Lines” feat. T.I. and Pharrell, Best Video for “Blurred Lines,” Best World Stage and Best US Act.

This new batch of performers join previously announced artists Miley Cyrus, Katy Perry and The Killers, along with the evening’s MC Redfoo of LMFAO, backstage host Ariana Grande and presenter Ron Burgundy (Will Ferrell) of “Anchorman 2.”