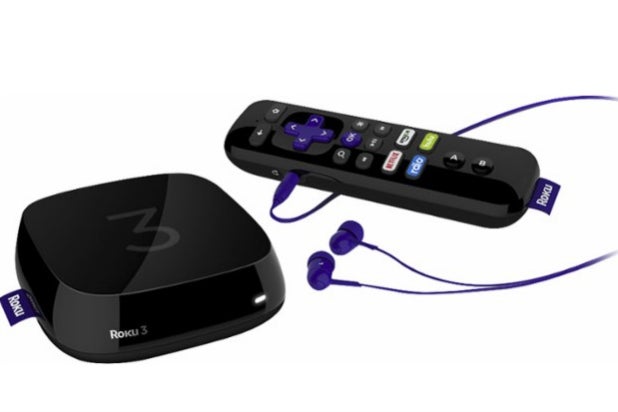 Roku Inc. beat analyst estimates on both revenue and earnings per share when it reported its Q4 earnings on Wednesday — yet its stock was clobbered in after-hours trading.

The popular over-the-top device-maker posted sales of $188.3 million and earnings of 6 cents a share for the quarter — passing expectations of about $182 million in revenue and a loss of 10 cents a share. Roku also reported 19.3 million active accounts across its product line — a 44 percent increase year-over-year.

But Wall Street is unimpressed with the company’s guidance for 2018, with Roku projecting Q1 revenue between $120-130 million, a hair below analyst estimates of $131.7 million.

That was enough to send Roku shares spiraling, falling nearly 20 percent to about $41 a share after the closing bell. 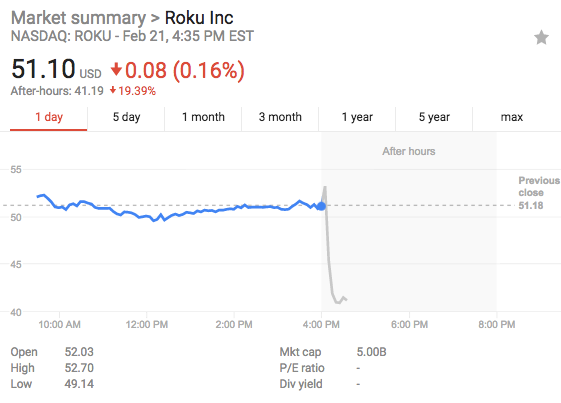 This is in stark contrast to the market’s reaction following Roku’s Q3 performance back in November, when shares rocketed 48 percent after showing strong user growth. The family of Roku streaming devices run from about $30 to $130, with Netflix and Hulu becoming popular in recent years. Despite the beating it took on Wednesday, shares of Roku are still up big since going public at about $16 a share in late September.

The company will hold a call at 5:00 p.m. PST to discuss its earnings.