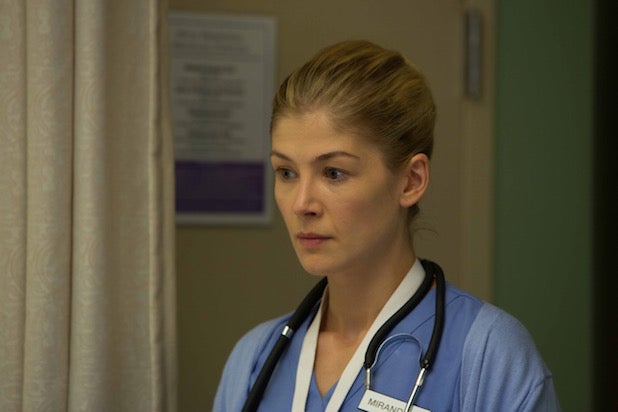 The intense psychological thriller stars Pike as Miranda, a small town nurse who gets attacked during a home invasion by a mysterious stranger (Fernandez). Following his arrest, Miranda starts to regularly visit him in jail and build a relationship with her attacker. But everything may not be as it appears.

“Fresh on the heels of her Academy Award nominated performance in ‘Gone Girl,’ Rosamund Pike delivers another stellar turn in ‘Return to Sender.’ We are extremely proud to add this to our 2015 slate,” said Ward, who negotiated the deal on behalf of RLJE/Image Entertainment along with Voltage Pictures on behalf of the filmmakers.