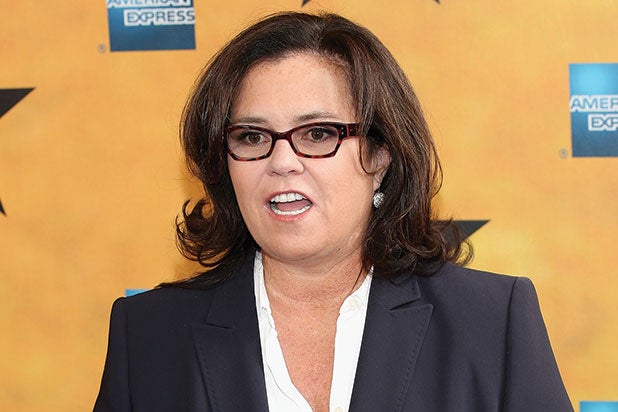 Looks like Rosie O’Donnell made no friends at the National Autism Association with a recent stand up joke.

A representative for the organization pulled no punches in a statement to TMZ calling the former “View” host “a piece of dog s–t” because she “crossed all lines of being a good human being to make a desperate, low-blow joke.”

Earlier this week, O’Donnell was performing at Carolines on Broadway at the Women’s Equality and ERA Coalition’s “Night of Comedy” when she joked about the difficulties of raising teenagers.

“I needed to remind myself that I actually do love children, because I would trade each teen for autistic triplets,” she said. “I’m just saying I would.”

“Although it was not my intent to hurt people, I realize I did. It was my fault,” O’Donnell said in a statement. “I have two children with spectrum disorders. I’m aware of the challenges and stigma associated with autism.”

O’Donnell has had her fair share of parenting woes as of late, with her daughter Chelsea disappearing for several days back in Aug.

The teenager was reported missing in Nyack, New York. O’Donnell wrote on her website that her daughter had stopped taking her medication and was in need of medical attention.

Chelsea was found at Steven Sheerer’s home in Barnegat, New Jersey, days later. It has been reported that the teenager met Sheerer on the dating app Tinder.

Rosie posted a series of tweets about Sheerer, including the confession that “no mom is perfect” and this pledge: “When someone u love is drowning in the rapids – u throw everything u can into the water – hoping they will grab on – stay afloat.”

She also revealed details of his criminal record, which included a 2012 arrest for possession of heroin and drug paraphernalia.