Sally Kellerman, the Oscar-nominated actress who played Margaret “Hot Lips” Houlihan in the 1970 film “M*A*S*H,” has died in Woodland Hills at the age of 84.

Her son, Jack Krane, told The Hollywood Reporter she had been battling dementia.

A lifelong Southern California native, Kellerman got her start in showbiz in the 1960s in a variety of television roles, including a bit role on the “Twilight Zone” episode “Miniature” and cameos on episodes of “Bonanza” and “Mannix.” But her biggest role that decade was in “Where No Man Has Gone Before,” the second pilot episode of “Star Trek” that set the foundation for the sci-fi series to become one of the biggest TV shows ever aired.

In the episode, Kellerman played Dr. Elizabeth Dehner, the ship psychiatrist aboard the U.S.S. Enterprise who develops strange psionic powers after the ship collides with a strange barrier in space. Ultimately, she sacrifices her life to allow Captain Kirk to defeat his former friend and Enterprise helmsman Gary Mitchell, who had developed even stronger powers along with megalomaniacal desires. 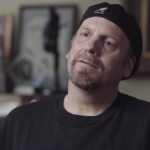 In 1970, Kellerman got her big role in “M*A*S*H” as “Hot Lips” Houlihan, a by-the-book head nurse who becomes the target of pranks by the rebellious Army surgeons known as The Swampmen. The performance earned her Oscar and Golden Globe nominations, and she went on work with Altman on three more films: “Brewster McCloud” (1970), “The Player” (1992) and “Prêt-à-Porter” (1994).

Kellerman’s other films include performances alongside Alan Arkin in the 1972 Gene Saks comedy “Last of the Red Hot Lovers” and Dick Richard’s 1975 dramedy “Rafferty and the Gold Dust Twins,” as well as in the 1986 Rodney Dangerfield comedy “Back to School.” She also did voice work in several TV shows and movies, including in the “Sesame Street” film “Follow That Bird” as an avian social worker who places Big Bird in a home with other birds against his wishes.

Kellerman’s final roles in her career came in the 2010s with roles on episodes of shows like “The Young and the Restless” and the Hulu dark comedy “Difficult People.” For the former performance, she received a Daytime Emmy nomination for Outstanding Special Guest Performer in a Drama Series.