The obsessive nature of the artist has been a recurring theme in the films of Scott Hicks, who skyrocketed to international attention in 1996 with “Shine” and whose acclaimed 2007 documentary “Glass: A portrait of Philip in Twelve Parts” premieres as an “American Masters” profile on PBS April 8. Hicks is himself something of an obsessive, having struggled for 10 years to get “Shine” off the ground. The Academy Award-nominated and Emmy-winning Australian filmmaker talks with Eric Estrin about that struggle and how it felt to finally get the green light.

“Shine” was a 10-year saga, which started with my seeing David Helfgott perform and then discovering really what his story was — and it was, I thought, so powerful that I just wanted to tell that story, and really nothing would stop me. It was enormously difficult because nobody else wanted to know. 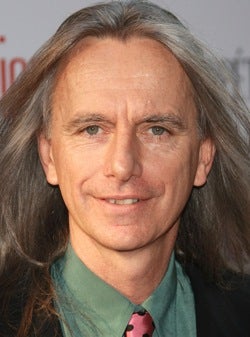 I mean, people just did not care about this story at all until, as will happen eventually, you keep banging on doors. It only takes a couple of people to say yes, but it depends on how many no’s you can put up with — or how many people want to make a different kind of movie out of your idea. As long as you can resist that, you know, that’s sometimes a good thing.

I had cast Geoffrey Rush years before I got the money for the film, and part of the struggle was that nobody knew who Geoffrey was, because he’d never made any films before. A man in his forties, you know — they thought, how could he possibly be an actor that people would be interested in?

It’s deeply frustrating. You feel like nobody gets what you’re talking about. And eventually you do get some people who go, Oh, I think I understand what you mean.

In the end, it was a French sales agency that was most intrigued. They had seen my documentary work, that I had won an Emmy as a documentary filmmaker, and they had also seen Geoffrey perform on stage, so they knew that this was a remarkable actor, who had been completely overlooked by cinema.

Philip Glass has the same sort of philosophy as I do, which can be best expressed as: The harder I work, the luckier I get. The documentary on him is sort of a bookend to “Shine,” you know? I’ve had people say to me, what is it about you and obsessive pianists?