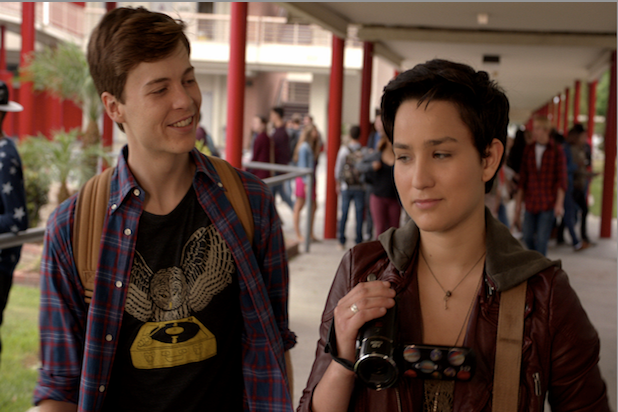 The premiere episode rose 45 percent in Nielsen’s Live Plus 3-Day numbers, earning a 1.4 rating in the main demo. The debut episode has been streamed 506,000 times to-date on MTV.com and the MTV app.

All told, “Scream” now ranks as the most-watched new series premiere of the summer on cable with Millennials.  The premiere was the number-one cable telecast in its time period with both viewers 12-34 and 18-34.

“This is a strong start for ‘Scream’ and, as we head into our second episode and the series’ debut at Comic-Con this weekend, we’ve got a lot of momentum behind the scary, twisty, and ridiculously fun season ahead,” said Susanne Daniels, president of Programming for MTV.

“Scream” also slashed through social media. The debut episode earned 54,000 tweets — approximately 15 tweets per second — during its initial airing, and #MTVScream trended worldwide on Twitter from approximately 10:15 p.m. to 1 a.m. ET. #Scream was the No. 2 trending Instagram term throughout the night as well.