SAG-AFTRA will present its inaugural American Scene Awards to ABC Family and producer Brenda Hampton for “The Secret Life of the American Teenager,” Detroit Public Television for “Arab American Stories” and the Universal Music Group.

The union’s honors, announced Tuesday, will be handed out on Friday at a dinner that will be part of SAG-AFTRA’s first joint convention. Mary Hart will host and Dorian Holley will perform at LA Live event

The American Scene Awards continues the tradition established in 1985 by the American Federation of Television and Radio Artists to honor union productions in the industry that realistically portray the “American Scene” by intelligently and progressively employing the talents of diverse ethnicity, people with disabilities, women, seniors, people who identify as lesbian, gay, bisexual and/or transgender, and other misrepresented or underrepresented groups.

The awards recognize work in the three main contract categories covered by the union. The honors include the Actor/Performer Award, the Belva Davis Broadcaster Award and the Recording Artist Award.

“It is rare that diversity is featured on one program in such a frequent and wide-ranging scale,” said Jason George, chair of the SAG-AFTRA Diversity Advisory Committee. “‘The Secret Life of the American Teenager’ employs progressive and complex story lines which continually provide audiences with opportunities to learn from and accept diversity in others and their experiences.” 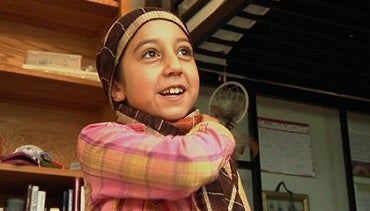 Jenny O’Hara, co-chair of the SAG-AFTRA Honors and Tributes Committee said “Arab American Stories” presents a varied and multifaceted view of Arab-Americans from all walks of life.

“This series has given audiences an opportunity to learn about the significant contributions of those featured to their professions, communities and the world at large in a format which is highly entertaining and relatable,” she said.

Janette Gautier, co-chair of the SAG-AFTRA Honors and Tributes Committee, said of the Recording Artist Award recipient, “We honor the Universal Music Group for the diversity represented in their catalog and roster of artists, embodying every facet of the American Scene. Their artists speak directly to audiences through myriad diverse stories and experiences.”

Past recipients of the AFTRA American Scene Award have included “American Idol,” “Sesame Street,” “Modern Family,” “Parenthood,” “The Voice” and “As the World Turns.” Also honored were Warner Bros. Records/Nashville, ABC7/WLS-TV Chicago, KCBS/KCAL Los Angeles and the WGBH Educational Foundation, among many other industry leaders.