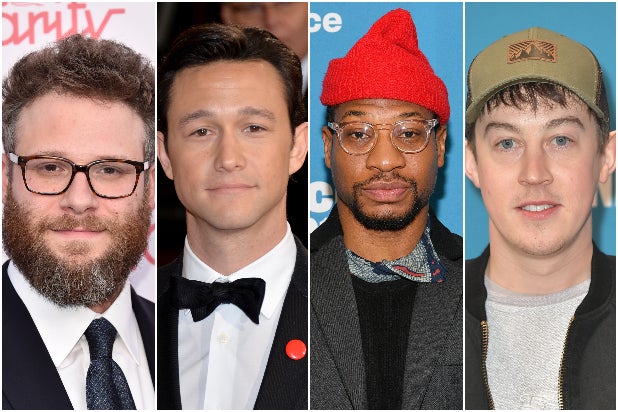 Seth Rogen, Joseph Gordon-Levitt, Jonathan Majors and Alex Sharp have joined the cast of Aaron Sorkin’s “The Trial of the Chicago 7,” it was announced on Friday.

The project was put on hold back in December, but it’s now heading to the European Film Market, with the previously announced stars Eddie Redmayne and Sacha Baron Cohen still attached. Further, Aaron Sorkin, who wrote the screenplay, is still attached to direct. He previously said he was “evaluating his schedule and commitments” around the time his Broadway play of “To Kill a Mockingbird” was opening.

Based on Sorkin’s screenplay, the film is based on the infamous 1969 trial of seven defendants charged by the federal government with conspiracy and more after they were arrested during the countercultural protests in Chicago at the 1968 Democratic National Convention.  The story is set in 1968 and 1969, but it speaks directly to the divisiveness of our times and how young people can take on power and change the world.

Redmayne is playing Tom Hayden, Baron Cohen is Abbie Hoffman, Rogen is Jerry Rubin, Gordon-Levitt is Richard Schultz, Majors is Bobby Seale and Sharp is Rennie Davis. Michael Keaton, who was in talks to play Attorney General Ramsey Clarke, dropped out back in December.

“I’m thrilled to be making a movie about one of one of the craziest, funniest, most intense, most tragic and most triumphant trials in American history. C-7 may take place in the late ’60’s, but there’s no better time to tell this story than today,” Sorkin said in a statement.

Marc Platt is producing along with Matt Jackson. Rocket Science will handle the international rights and introduce to foreign buyers in Berlin next week. CAA Media Finance will represent the US rights.

Sorkin made his feature directorial debut in 2017 with “Molly’s Game,” which he also wrote.