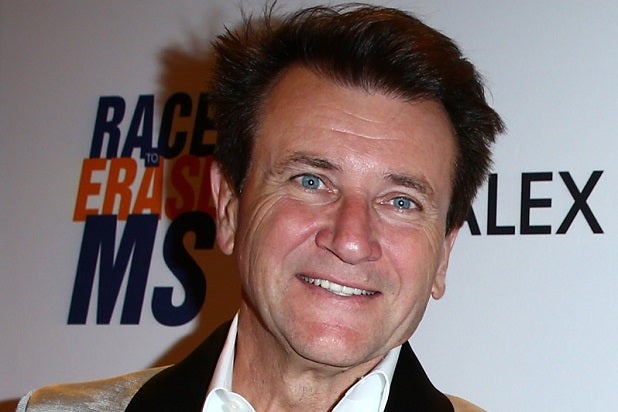 “Shark Tank” star Robert Herjavec has filed a lawsuit against his ex-girlfriend, actress Danielle Vasinova, alleging that Vasinova made multiple extortion attempts against him, including trying to extort money from him with a photo taken at “sexual fantasy club.”

In the suit, filed in Los Angeles Superior Court on Wednesday, Herjavec says that he and Vasinova had an on-again, off-again relationship from January 2014 to February 2015.

“But Vasinova did not want the relationship to end. And, when soon thereafter Herjavec began performing on ‘Dancing With the Stars ‘ and dating Kym Johnson, Vasinova saw an opportunity for profit and revenge,” the lawsuit reads. “Vasinova threatened that she would tarnish Herjavec’s reputation by disclosing lies about their relationship and Herjavec’s purported sexual activities unless Herjavec paid her off.”

Herjavec claims that Vasinova first demanded $20 million from him, then $5 million.

“Having no basis for her threatened allegations, Vasinova never pursued her false claims,” the suit reads. “But she was not done trying to profit from her relationship with Herjavec, or seeking to tarnish his reputation.”

According to the suit, Vasinova “gave paid interviews to the National Enquirer and other tabloids, both disclosing personal information and creating “fanciful stories out of whole cloth.”

“She even sold the National Enquirer a compromising photo that she took of Herjavec without his knowledge or consent,” the suit continues, adding that, with the topic of sexual misconduct currently at the forefront of conversation, she’s now threatening again to falsely allege sexual assault.

“Enough is enough. Herjavec has been dealing with Vasinova’s threats, lies and harassment for over two years,” the suit reads.

According to the suit, in September 2014, Vasinova invited a “shocked” Herjavec to “a sexual fantasy club” in downtown Los Angeles .

“At one point, Herjavec was convinced to allow himself to be strapped to a table and blindfolded, after which he was tickled with a feather. Unbeknown to Herjavec, Vasinova took a picture of Herjavec in his vulnerable position, which she would later use in her efforts to extort him and embarrass him,” the suit reads.

The suit says that the publication of the picture was “highly embarrassing” to him.

Alleging civil extortion, intentional infliction of emotional distress and public disclosure of private facts, the suit seeks damages of $1, and an injunction against Vasinova prohibiting her from continuing to make threats and making further disclosure of the photo.

Vasinova’s attorney told TheWrap that Herjavec’s lawsuit “is simply an ill-fated attempt to use the media to his advantage, and nothing more — it won’t work.”

On Wednesday, Vasinova also filed a lawsuit against Herjavec, alleging assault, battery, sexual battery and domestic violence, among other counts.

Herjavec’s lawyer told TMZ that  Vasinova’s allegations are “false and with the sole intent for monetary gain.”