Two of Showtime’s public relations reps are expanding their roles within the company.

Dominic Pagone, who has been with Showtime for the last four years, has added to his responsibilities. As the SVP of entertainment PR and awards of Showtime Networks Inc. and Paramount Television Studios (his new title), he’ll now also oversee the communications team for the latter company.

Amanda Cary, who joined Showtime in 2013, has been promoted to senior vice president of entertainment PR. In Cary’s new position, she will work with Pagone, overseeing the New York-based ents PR team. She will also manage the development and execution of public relationship campaigns, and develop media plans for Showtime’s original series and limited series. 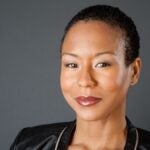 At Showtime, Cary has worked developing strategies for “Yellowjackets,” “Billions,” “The Chi” and more. She previously was at USA Networks, where she helped launch “Suits” and “Covert Affairs.”

Before joining Showtime, Pagone spent 18 years at FX. When he left the cable network he was SVP of communications.