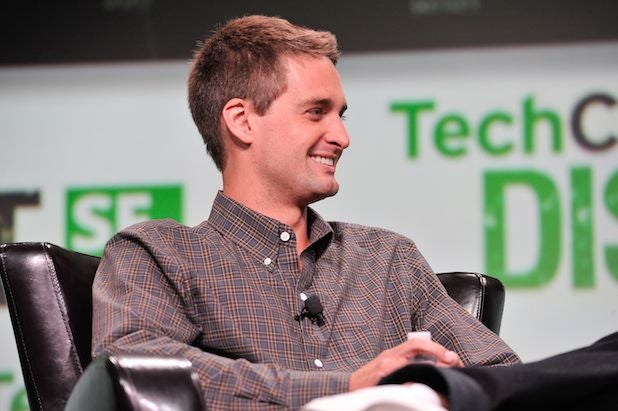 Photo messaging service Snapchat is very confident in its future, because the young company reportedly turned down a $3 billion acquisition offer from Facebook in recent weeks.

It wasn’t the first offer from Mark Zuckerberg’s social network, either. The Wall Street Journal cites anonymous sources “briefed on the matter” that say Facebook had offered $1 billion earlier.

So what’s the reason the company — with no source of revenue — is holding out?

Evan Spiegel (above), Snapchat’s 23-year-old co-founder and CEO, is said to be weighing other opportunities, including an investment from a group led by Chinese e-commerce giant Tencent Holdings which values Snapchat at $4 billion.

Tencent owns WeChat, a major messaging service in China, and has a stake in a popular South Korean app called KaKao. It was vying to lead a group of investors that had offered to invest $200 million in Snapchat at a valuation of roughly $4 billion.

The Journal’s sources say Spiegel will not likely consider an acquisition or an investment at least until early next year.

Spiegel’s mobile service allows users to send temporary photos to friends with a short message accompanying the image, which will disappear after 10 seconds at most.  Facebook — which acquired Instagram for $1 billion in 2012 — is said to be interested in the service because more and more of the social network users are accessing it on their smartphones.

On an earnings call last week, Facebook CFO David Ebersman said revenue jumped 60 percent on the strength of mobile ad sales, although daily use by teens has dropped.