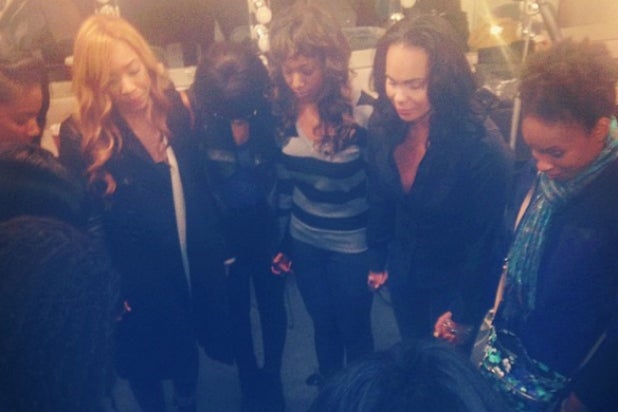 So far, “SNL” has held one showcase in Los Angeles (at the Groundlings Theatre) and one in New York City at an undisclosed location, the person said. There will be one more upcoming.

The “SNL” plan was always to add somebody in January, with Seth Meyers leaving soon, the person told TheWrap. Now, the hope and expectation is clearly to fill the glaring void by next month. Meyers may or may not stay aboard for the remainder of the season, even as he takes over for Jimmy Fallon at “Late Night.” (Fallon in turn is taking the “Tonight Show” over from Jay Leno.)

The long-running sketch comedy show typically holds showcases throughout the year, so the process is “not abnormal,” the person told TheWrap. However, the motivation is different this time around: a media storm erupted earlier this season when cast member Jay Pharoah was quoted expressing what appeared to be disappointment in the lack of a black female in the cast, especially after a hiring frenzy that brought five white players aboard, along with Noel Wells, who has Tunisian and Hispanic heritage.

“They need to pay attention,” Jay Pharoah told website theGrio in late September, even suggesting a hire. “Her name is Darmirra Brunson …Why do I think she should be on the show? Because she’s black first of all, and she’s really talented. She’s amazing. She needs to be on ‘SNL.’ I said it. And I believe they need to follow up with it like they said they were going to do last year.”

Castmate Kenan Thompson later said that he believed no one who fit the bill was “ready.”

When “Scandal” star Kerry Washington hosted “SNL” earlier this season, the show used the cold open to humorously acknowledge the controversy, asking Washington to play Michelle Obama, Oprah Winfrey and later Beyonce in one sketch. She drew the line after the first costume change. The sketch later highlighted the show’s ability to produce six Matthew McConaugheys.

One woman who auditioned last week, comedian Bresha Webb, told blog The Jasmine Brand: “The audition came about from an inside source from ‘SNL.’ I don’t think any of us had a clue about the showcase until two days prior.”

Webb added: “We all entered the Groundlings Theatre backstage having no idea what to expect. I had no clue who was a part of the showcase. Of course my comedienne friends (Tiffany Haddish, Beth Payne and Gabrielle Dennis) were there.” She added, “The show was also sold out. It was packed to the max.”

Here is an Instagram and tweet from actress Simone Shepherd and Hadish, respectively, regarding the recent auditions:

Omg I am at the Groundlings theater about to audition for #SNL please pray for me yall!