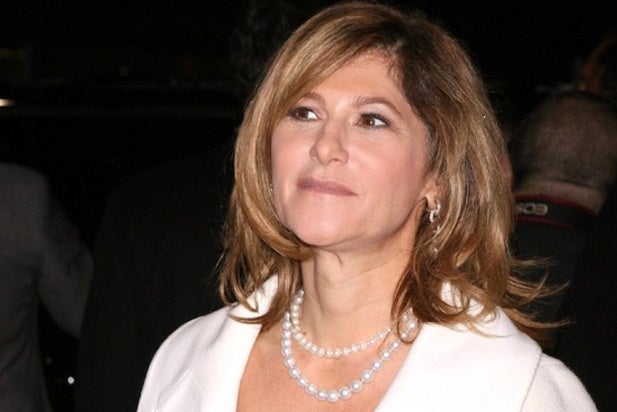 “The content of my emails were insensitive and inappropriate but are not an accurate reflection of who I am,” Pascal said in a statement, adding that “although this was a private communication that was stolen, I accept full responsibility for what I wrote and apologize to everyone who was offended.”

Rudin issued an apology via Deadline:

“Private emails between friends and colleagues written in haste and without much thought or sensitivity, even when the content of them is meant to be in jest, can result in offense where none was intended,” he told Deadline. “I made a series of remarks that were meant only to be funny, but in the cold light of day, they are in fact thoughtless and insensitive — and not funny at all. To anybody I’ve offended, I’m profoundly and deeply sorry, and I regret and apologize for any injury they might have caused.”

The remarks surfaced in Buzzfeed,which posted them late Wednesday. Pascal and Rudin joked in personal emails about the president’s favorite movies, suggesting that he would prefer those about African Americans.

“Would he like to finance some movies,” responded Rudin, when Pascal sought his advice on what she should say to the President at a fundraiser.

“I doubt it. Should I ask him if he liked DJANGO?” said Pascal, with Rudin replying “12 YEARS.”

Also read: James Franco and Seth Rogen's 'The Interview' Will Not Be Shown in Asia

“Or the butler. Or think like a man?” continued Pascal, who is a major donor for the Democratic party and President Obama.

The emails are part of the data apparently obtained in the massive hack attack on Sony by the group Guardians of Peace. The group is is demanding that the studio halt its release of the Seth Rogen-James Franco comedy “The Interview,” which lampoons North Korea.