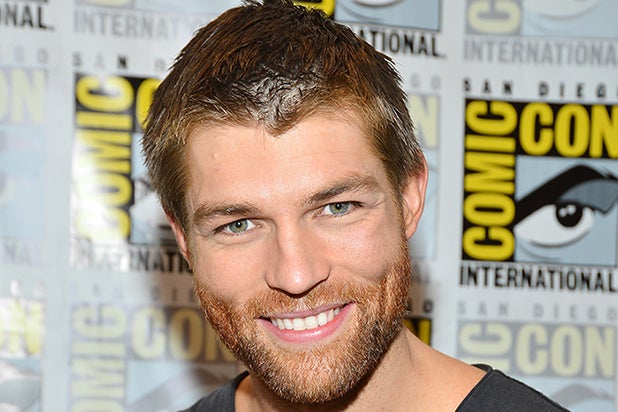 ‘Spartacus’ star Liam McIntyre has joined the cast of The CW’s “The Flash,” a spokesperson for the network told TheWrap on Wednesday. He will play the DC Comics villain Weather Wizard.

Ripped straight from the pages of “The Flash” comics, the antagonist goes by the alias Mark Madon and has the power to manipulate weather. The Weather Wizard comes to Central City seeking revenge against The Flash (Grant Gustin), who defeated Madon’s brother in the series premiere.

McIntyre was the titular hero on Seasons 2 and 3 of Starz’s “Spartacus.” He also appeared alongside Kellan Lutz in the 2014 mythical epic “The Legend of Hercules.”

Also Read: ‘The Flash’ Star Candice Patton on Ferguson, NY Protests: ‘Everyone Deserves to Have Their Voice Heard’ (Video)

McIntyre is represented by B and B Management.

It’s the first major casting revelation for “The Flash” in 2015, but the “Arrow” spin-off signed a slew of big names to play villains in the first half of the season, including Wentworth Miller (Captain Cold), Dominic Purcell (Heat Wave) and Andy Mientus (The Pied Piper).

Candice Patton, Tom Cavanagh, Danielle Panabaker and Jesse L. Martin co-star with Gustin on the series, which gave the CW some of its best ratings ever in 2014.

“The Flash” returns from mid-season hiatus on January 20 at 8 p.m. ET.