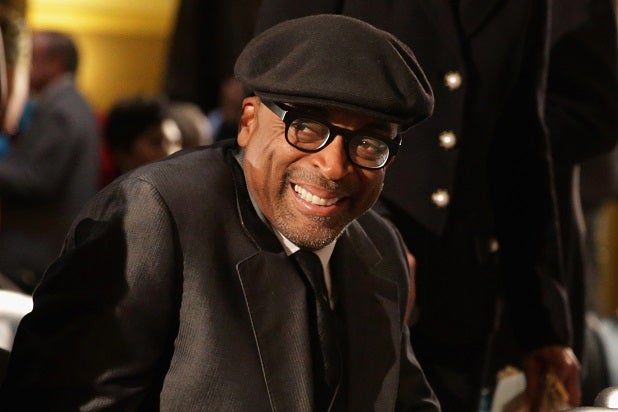 The film follows Vietnam veterans who go back to the jungle to find their lost innocence and put their broken selves back together.

“To quote my Brother Jay-Z from Da People’s Republic of Brooklyn ‘Onto Da Next One,'” Lee said in a statement.

Lee is directing the film from a screenplay written by him and collaborator Kevin Willmott, based on an original screenplay by Danny Bilson and Paul De Meo and a rewrite by Matthew Billingsly.

Delroy Lindo and Jean Reno are also in talks to star. Netflix is in negotiations to land the project. Lee will produce the film with Beatriz Levin & Lloyd Levin, and Jon Kilik.

“Da 5 Bloods” will be the iconic filmmaker’s first directorial project following last year’s “BlacKkKlansman,” which has been nominated for six Academy Awards, including Best Picture and the “Malcolm X” and “Do The Right Thing” director’s first Best Director nomination.

Lee collaborated with Willmott on “BlacKkKlansman” as well.

Boseman is coming off two of the biggest films of 2018 in “Avengers: Infinity War” and “Black Panther,” which was also nominated for best picture at the Oscars. Boseman, this year, will appear in “Avengers: Endgame” and alongside Taylor Kitsch in STX Entertainment’s cop drama “17 Bridges.”