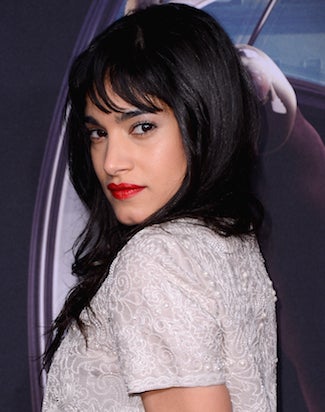 Following a breakout role in “Kingsman: The Secret Service” and her upcoming turn in “Star Trek Beyond,” Sofia Boutella is in talks to play The Mummy in the first film in Universal’s ambitious Classic Monster Universe, an individual with knowledge of the situation has told TheWrap.

Boutella has an offer to star opposite Tom Cruise and is in the early stages of making a deal, according to insiders, though a representative for Universal had no comment.

Cruise remains in negotiations to play a former Navy Seal who has history with the titular monster.

Alex Kurtzman, who serves as the architect of the Classic Monster Universe along with Chris Morgan, is directing “The Mummy,” which the duo will produce with Sean Daniel.

Jon Spaihts wrote the script for the latest “Mummy” movie, which Universal will release on March 24, 2017.

Boutella recently wrapped “Star Trek Beyond” and just signed on to join Charlize Theron and James McAvoy in “The Coldest City,” as TheWrap first reported. She’s represented by CAA.

The Hollywood Reporter broke the news that Boutella was being eyed to star in “The Mummy.”