IMDb released its list of the Top 10 most-anticipated new TV shows of 2020 Tuesday, with “Star Trek: Picard” leading the pack and “The Falcon and The Winter Soldier” coming in at No. 2, TheWrap has learned exclusively.

Along with the CBS All Access series led by Sir Patrick Stewart, and the Disney+ show featuring Anthony Mackie and Sebastian Stan reprising their MCU roles, IMDb’s other most-anticipated small-screen offerings for the coming year include: HBO’s “The New Pope”; AMC’s “The Walking Dead: The World Beyond”; TNT’s “Snowpiercer”; CBS All Access’ “The Stand”; HBO’s “The Outsider”; DC Universe’s “Stargirl”; Amazon Prime Video’s “Hunters”; and The CW’s “Katy Keene.”

“Rather than base its annual rankings on small statistical samplings or reviews from professional critics, IMDb determines its list of most popular movies by the actual page views of the more than 200 million monthly visitors to IMDb,” the website told TheWrap in a statement. “This exclusive and definitive data is derived from the IMDbPro movie and TV rankings, which are updated weekly throughout the year.”

See the full rankings below, with premiere dates noted for the series that have already announced them.

TheWrap also exclusively revealed IMDb’s list of the most-anticipated films of 2020, which you can view here. 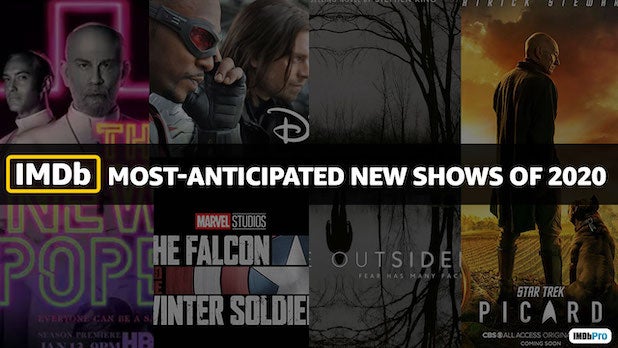 *The 10 new TV shows and miniseries that will have series premieres in 2020 and consistently ranked highest on the IMDbPro proprietary weekly TV rankings throughout 2019. IMDbPro rankings are based on the actual page views of the more than 200 million monthly visitors to IMDb worldwide. IMDb users can add these and other titles to their IMDb Watchlist, and get alerts when they become available. To create your personalized 2020 Watchlist, go to: https://www.imdb.com/watchlist.