The family of the late Steve Irwin will return to Animal Planet for the first time in 10 years, the network announced Wednesday.

Terri Irwin and her two children, Bindi and Robert, will produce a new show in a similar vein to “The Crocodile Hunter,” which aired from 1996 to 2007 and made the Irwin family a household name. It has been more than 10 years since Steve Irwin died on Batt Reef, Australia, after an underwater confrontation with a stingray.

Since her father’s death in 2006, Bindi Irwin has starred in her own show, “Bindi, the Jungle Girl,” which won a Daytime Emmy in 2009. She has also created a series of wildlife books and competed on “Dancing With The Stars,” winning the reality competition in 2015. Robert, meanwhile, has hosted his own kids wildlife series, “Wild But True,” and has appeared on “The Tonight Show With Jimmy Fallon.” The family also continues to support Irwin’s conservation group, Wildlife Warriors, which funds and promotes wildlife protection programs throughout Australia. 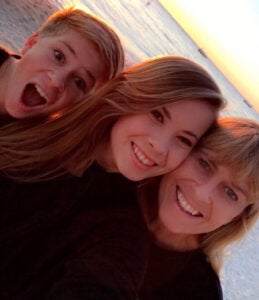 “Steve Irwin was a champion for all wildlife and he and Terri’s excitement and enthusiasm brought viewers from around the world in touch with nature,” said Patrice Andrews, General Manager of Animal Planet, in a statement. “Their passion for animals, love for their family, and leadership in conversation awareness left a strong legacy that continues today. We are thrilled to have Terri, Bindi and Robert back in the Animal Planet family.”