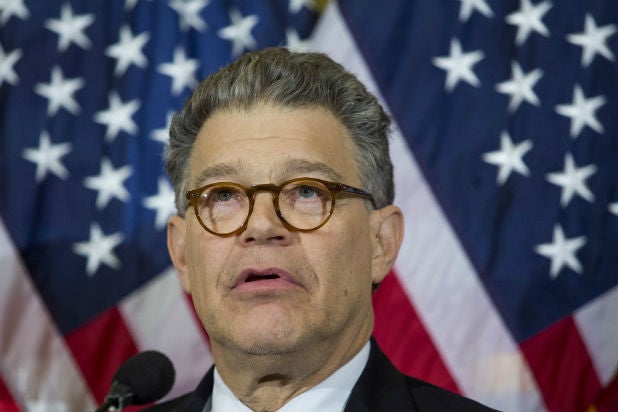 Amidst criticism of streaming media companies and accusations that online music services are vastly underpaying the writers of the songs they play, a Senate Judiciary Committee’s Antitrust panel on Tuesday heard pleas from writers, BMI and ASCAP demanding a major revamp of the country’s World War II-era system for calculating songwriter royalties.

“This ain’t no way to earn a living,” said Sen. Al Franken, D-Minn., as senators — one of whom is also a songwriter — heard tales of woe and calls for the Justice Department and perhaps Congress to act to make it easier for songwriters and their representatives to negotiate payment for their songs’ use.

Pandora did some bashing of its own, as a company official warned senators about going too far in unleashing music companies to freely negotiate and suggested (with a representative of the National Association of Broadcasters) that too free a rein could let music publishers collude and unfairly drive up song prices.

The comments came as the senators were told repeatedly that the current model for providing songwriters’ royalties is falling apart.

The target of their ire was an antitrust consent decree from 1941 that allowed broadcasters, retailers and bar owners to easily license performance rights for a music work from multiple songwriters even if the companies don’t know in advance exactly what music they will need to license.

Intended to strike a balance between getting easy licensing of songs from many different writers and antitrust concerns, the agreement negotiated by the Justice Department allowed competing music companies to join together to use ASCAP and BMI to share the cost of seeking royalties and processing the fees, but put limits on the fees they could seek. ASCAP and BMI could continue to go to bar owners, broadcasters and demand fees, but any one applying for a license would get immediate rights to use songs and disputes on the royalties songwriters would get would be governed by government procedures, subject to court review.

At Tuesday’s hearing, ASCAP, BMI, songwriters and senators all suggested that the system is breaking down as streaming services like Pandora, Spotify and iTunes replace traditional music venues as the biggest source for hearing music.

“The use of music has increased exponentially, but the payments have not followed,” said ASCAP CEO Elizabeth Matthews. “For a songwriter, this is a terrible trend. If consent decrees are not changed and major music publishers resign from ASCAP and BMI, then the system of collective licensing may collapse and everyone loses.”

Lee Thomas Miller, a songwriter and president of Nashville Songwriters Association International, representing BMI, said songwriters are seeing their compensation drop drastically, to the point where the songwriters are being crushed.

“It is bad enough that it is so easy to steal the music today. But a legal framework that allows songs to be streamed for nearly free will destroy the livelihood of the American songwriter if it is allowed to continue,” he said.

Matt Pincus, founder and CEO of SONGS Music Publishing, said the music industry of 2015 is vastly different than the one of 1941.

“It has become clear that the ASCAP and BMI consent decrees have failed to adjust properly to meet these changes, leaving songwriters and music publishers unable to negotiate freely and fairly public performance licenses either collectively or directly in a marketplace,” he said.

Pandora, a consumer group and a representative of the broadcasting industry all suggested caution in freeing up the music companies to negotiate.

He said the elimination of the rules would seriously harm competition by allowing anticompetitive behavior to go unchecked, permitting publishers to artificially inflate licensing rates, and ultimately harm consumers by degrading music services and increasing costs for access to music.

Sen. Orrin Hatch, R-Utah, a songwriter himself, urged support of his legislation that would give ASCAP and BMI some additional flexibility and let songwriters negotiate disputes through arbitration rather than in courts.

Franken added that in the digital space performers do “very well” but songwriters get “next to nothing.” He suggested what is really needed is some sort of reallocation of revenues between songwriters and performers that provide songwriters more a share of royalties.