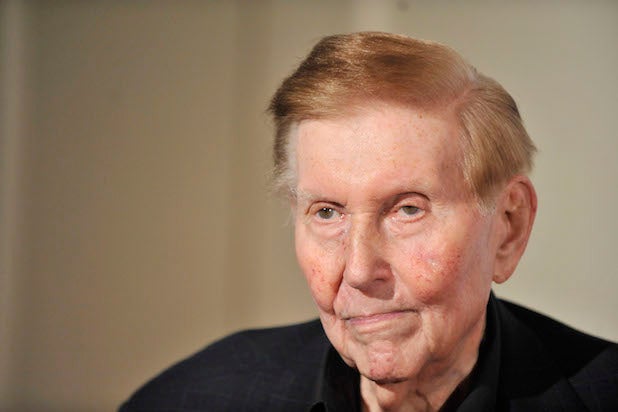 Sumner Redstone’s video testimony for a Los Angeles court revealed a 92-year-old mogul struggling with basic speech — but full of fire when it comes to the former caregiver dragging him into court.

“Manuela is a fucking bitch,” is the only declarative sentence Redstone utters in a video deposition shown to lawyers on Friday in the former CBS and Viacom chairman’s competency trial, a transcript of which was made available to reporters.

He’s referring to Manuela Herzer, a former girlfriend entrusted with his healthcare decisions until last October when she was ejected from his home and removed from his will.

Herzer has claimed that Redstone was not of sound mind when the decision was made to remove her, and has alleged that the mogul was influenced by his daughter Shari. Herzer’s subsequent lawsuit questioning his mental competency has captivated Hollywood, Wall Street and for months.

“I want this trial to focus on his best welfare. He has been put through a difficult deposition that you requested,” Judge David Cowan told Herzer attorney Pierce O’Donnell in court on Friday. “I’ve heard a lot of things in opening statements I’m not necessarily inclined to hear. I want to know why he lacks capacity.”

In Redstone’s deposition, taped at his Beverly Hills home on Thursday, a court-appointed interpreter and various lawyers struggle to make sense out of basic questions like the years he and Herzer dated and the locations where certain photographs were taken.

At one point, Redstone claimed that Herzer stole money from him but seems unable to identify the amount he believes was taken. Nor is he able to say exactly how many years Herzer lived with him. He even stumbled over a question about his birthname before he changed it to “Sumner Murray Redstone.”

Toward the end of the testimony, Redstone does state his desire that Shari make his future health-care decisions for him. “I want Manuela out of my life,” he said.

Additional testimony is expected from Redstone’s family including niece Keryn (who sides with Herzer, in direct opposition to her own mother Shari) and Viacom CEO Phillippe Dauman.