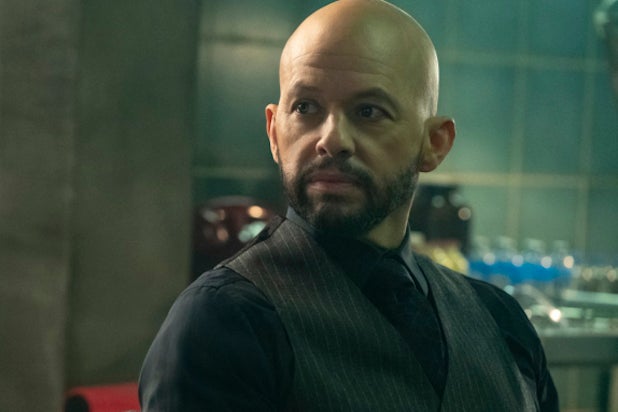 The coronavirus pandemic has changed everything in Hollywood, including plans being made in TV writer rooms. Arrowverse fans will get a firsthand taste of that when “Supergirl” returns, as Jon Cryer has revealed that The CW show’s Season 5 finale has gotten a rewrite while production was shut down and scribes were in isolation.

In an interview with PeopleTV, Cryer said that filming of the season finale had started last month when the pandemic forced all Hollywood production to be shut down. Cryer plays Superman’s nemesis Lex Luthor, who, thanks to the events of the Arrowverse-changing “Crisis on Infinite Earths” crossover, has now had his criminal past erased and is known to the world as a beloved billionaire philanthropist. After regaining his memories of the villain he once was, it seems that he’s back to his devious ways, as he tries to bring down the evil organization Leviathan… but for reasons that may be far from noble.

The finale will see the three-way struggle between Supergirl, Luthor and Leviathan come to a head, but not in the way it was originally written. Cryer said that some of the footage filmed before the lockdown will be used in the episode, but much of what hasn’t been filmed is getting changed.

“They’re gonna use some of that footage, but they’re writing a whole bunch of new stuff around it,” Cryer said. “Which is interesting because the way my character was thwarted now doesn’t happen anymore. So I was like, ‘Oh, did I not get defeated? Wait a minute, I like this!'”

This isn’t the first time Cryer has played a Luthor. Back in 1987, he starred alongside Christopher Reeve and Gene Hackman in the panned “Superman IV: The Quest for Peace” as Lex Luthor’s bratty nephew Lenny, who breaks his uncle out of prison.