Three surfing docs hit the Croisette overlooking the French Riviera this week. As writer-director Sam George said when he premiered his work-in-progress cut of documentary “Hollywood Don’t Surf!” (produced by Oscar nominee and surfer Greg MacGillivray, maker of IMAX films “The Living Sea” and “Everest”), in the Cannes Classics section of the festival: “Many documentaries start with a dream.”
For George and his producers, Chris Cobin and Lincoln Phipps, their dream is realized in a passionate, humorous, comprehensive look at 50 years of surfing as depicted in Hollywood movies.
It takes the position that from the start, the studios didn’t “get it right” with their inane Frankie and Annette “Beach Party” movies; in fact, it wasn’t until John Milius’ “Big Wednesday” (1978) that authentic surf culture finally was depicted onscreen. 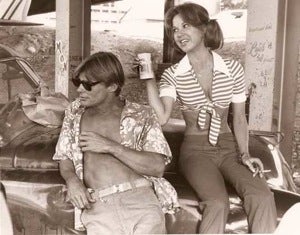 Unfortunately, "Big Wednesday" was something of a disappointment financially, but, as Steven Spielberg explains, Milius was so confident about it during production that he and friend George Lucas decided to trade points on “Star Wars” for “Big Wednesday”!
The whole points thing didn’t work out too well, and apparently the film didn’t completely please the hard-core surfers (“There was too much hugging between the surfers and too many sermons – we say stoked, gnarly and bitchin’.”), but it did succeed in utilizing real surfing pros and was the first time the sport left the ridiculous green-screen mode to accurately depict the thrill and technique of actually riding the waves.
Despite its theatrical underperformance in an age before subcultures could be swiftly located on the internet, the film went on to achieve cult status. The film devotes a lot of screen time to the story of “Big Wednesday,” so fortunately it’s pretty interesting material, especially for someone like me who has been a longtime fan of the film or anyone who enjoys crazy behind-the-scenes filmmaking stories.
As a teenager growing up in Los Angeles’ beach culture, I watched “Big Wednesday” repeatedly on video at slumber parties for at least a year and “I don’t lend my stick to no hodad!” became a mantra for me and my friends. My screening partner, David Shultz of Vitagraph Films, an avid Los Angeles-area surfer in the ’70s and ’80s who did see “Big Wednesday” theatrically, opined, “It represents Malibu during that period as accurately as any film I’ve ever seen and really gets the obsessive need to surf across.”
Highlights include interviews with Quentin Tarantino, John Milius, Steven Spielberg, Stacy Peralta, Jan-Michael Vincent, Gary Busey (who compared with Jan-Michael appears super-functional), Greg MacGillivray, “North Shore” actress Nia Peeples (who appeared in person at the screening), Pamela Anderson, big wave legends Laird Hamilton and Greg Noll, crooner Frankie Avalon and real-life “Gidget” Kathy Kohner and the first surfing footage ever shot, in 1906 by Thomas Edison! 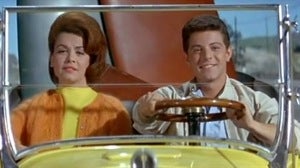 It was also fun for me to see friends back home in interviews such as longtime Los Angeles Times film critic Kevin Thomas, with whom I obviously have to disagree when he calls “Big Wednesday” “an innocuous little surf movie,” as well as author and pop culture/music historian Domenic Priore who validates a lot of the documentary’s key points about surf culture.
In his introduction to the film, George, a leading expert on surfing and a writer on the sport for the past 25 years, said it was “wonderful to see the film on a famous beach” and acknowledged that he and his sister (who was in attendance) had once lived in Cannes, so it was a dream to return to show the film.
George’s doc brings home the point that surf films don’t generally clean up at the box office. But, as he writes the narration in the film, “Inside every wave is a secret, only a surfer can know.”
The secret compelled German surf aficionadoes to document river surfing, a sport that developed in the Eisbach river in Munich and to date has been a training ground for a generation of surfers including some who have turned pro in traditional big-wave surfing.
In “Keep Surfing” (see clip below) directed by Bjorn Ritchie Lob, we see a determined breed of surfer who often have to surf illegally when rivers swell up from storms or create elaborate structures to keep the water surging 24 hours a day, in an effort to feed their need to ride the waves.

The third surf film in Cannes is “Going Vertical: The Shortboard Revolution,” a look at the summer of 1967 when surfing changed forever with the introduction of shortboards that gave surfers greater speed and power. The drama in this film is the argument over whether it was Australia or America that led the shortboard revolution. Pro surfers, including surf legends Aussie Bob McTavish and American Dick Brewer, were at the core of the conflict.
So, maybe only the surfers know the secret inside the wave, but the amazing photography coming off board cams make surf spectating pretty darn exciting as the giant waves rip, curl and crash with a tiny person poised on a plank, ensconced in its core.