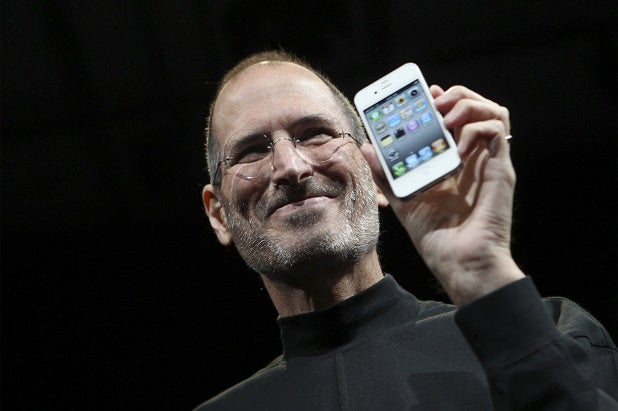 Magnolia Pictures has acquired domestic distribution rights to “Steve Jobs: The Man in the Machine,” a documentary directed by Alex Gibney that just premiered at the SXSW Film Festival.

The Wagner/Cuban Company on Sunday said that it had picked up the CNN Films and Jigsaw production, a candid telling of the Apple legend through interviews with a handful of those close to Jobs at different stages in his life.

No financial details were immediately available, but Magnolia gets theatrical, video on-demand and home entertainment rights while CNN Films has the television broadcast distribution rights.

“Steve Jobs: The Man in the Machine,” will be the seventh film directed by Gibney to be distributed by Magnolia. It was produced by Gibney and Viva Van Loock and executive produced for CNN Films by Vinnie Malhotra and Amy Entelis, and for Jigsaw by Stacey Offman and Gaby Darbyshire.

The deal was negotiated by Magnolia senior vice-president of acquisitions Dori Begley with Josh Braun of Submarine on behalf of the filmmakers.

Gibney directed “Taxi to the Dark Side,” the winner of the 2007 Academy Award for Best Documentary Feature, focused on an innocent taxi driver in Afghanistan who was tortured and killed at Bagram Air Force Base in 2002.