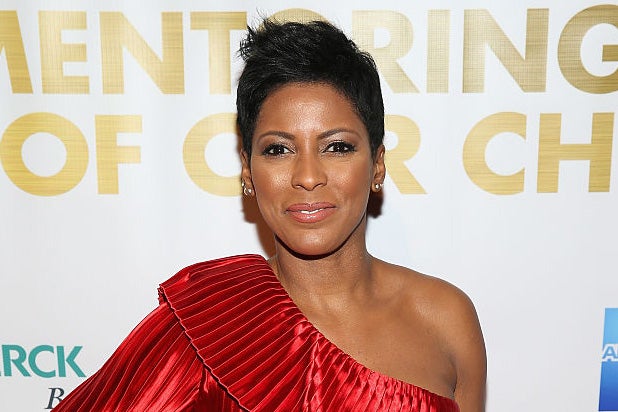 Tamron Hall will leave her NBC News and MSNBC when her contract expires at the end of this month but has already made her last on-air appearance, the network announced on Wednesday.

TheWrap has learned that NBC executives informed Hall and the “Today” staff last week that the 9 a.m. hour was being canceled to make room for a new program led by NBC’s pricey new hire, former Fox News host Megyn Kelly.

Hall’s last day on air for the networks was Tuesday. Al Roker will continue to co-host “Today” during the 9 a.m. hour until a new morning lineup begins this fall that includes Kelly.

It’s the latest turmoil for the 9 a.m. segment, which saw the high-profile departure of co-host Billy Bush last fall following the leak of his salacious open-mic conversation with Donald Trump while he was host of “Access Hollywood.” Hall had stepped in to replace him.

“The last 10 years have been beyond anything I could have imagined, and I’m grateful,” Hall said in a statement. “I’m also very excited about the next chapter. To all my great colleagues, I will miss you and I will be rooting for you.”

“Tamron is an exceptional journalist, we valued and enjoyed her work at ‘Today’ and MSNBC and hoped that she would decide to stay,” the network added. “We are disappointed that she has chosen to leave, but we wish her all the best.”

Hall joined MSNBC and NBC in 2007, landing on the “Today” show in 2014. She earned an Edward R. Murrow Award for a story that aired on NBC News, and an Emmy in 2010 as a member of NBC News’ live inauguration coverage.

It has been widely speculated that Roker and Hall were being pushed out to make room for Kelly, who recently left Fox News to join NBC.