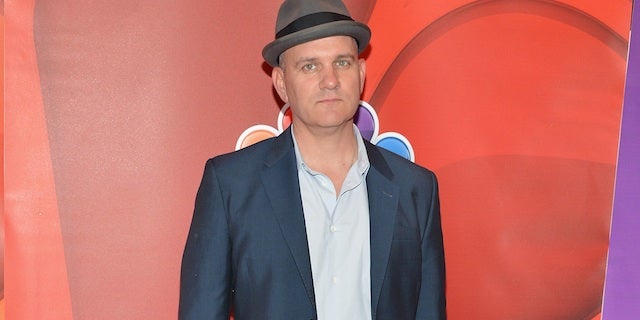 Mike O'Malley may have moved on to a new family with NBC's new sitcom, "Welcome to the Family," but he hasn't forgotten the "toughest scene" he's ever had and who he shared it with.

"Many of my scenes on 'Glee' were with Chris Colfer or Cory Monteith," O'Malley — who played Burt Hummel, father to Colfer's Kurt and stepfather Monteith's Finn — said during his new comedy's panel at the Television Press Association Press Tour in Beverly Hills on Saturday.

"I think that I had what was probably the toughest scene I've ever acted in my career opposite him when I had to throw his character Finn out of the house because of a slur that he used. It was remarkable to me when we were shooting that scene over and over again," he said.

O' Malley is referring to its Lady Gaga episode during the Fox series' first season in which Finn called Kurt an anti-gay slur. It created waves among the fandom at the time.

"The depth of emotion he was able to portray, the sorrow, the shame," the actor remembered. "Ever since I met him, he was the fictional quarterback on that show and he was the very real quarterback on that set. He was an incredibly warm guy who was welcoming to every one who came on that show from the beginning through the new folks who came on to the show this last year. He was a very hardworking actor. He was a great guy and I miss him very, very much."

On his new series, O'Malley once again plays a father who finds himself in a challenging situation when his teenage daughter announces she's pregnant with a teen boy he has never met.

O'Malley joked that he decided to move on from "Glee" after doing yet another controversial scene that didn't thrill his mother.

"It was then that I started thinking, 'I want to get back to doing half hour comedy,'" he said. "Welcome to the Family" premieres Oct. 3.

O'Malley's statement arrives days after the "Glee" cast and crew held a private memorial for Monteith, who was found dead in Vancouver earlier this month from an apparent drug and alcohol overdose.