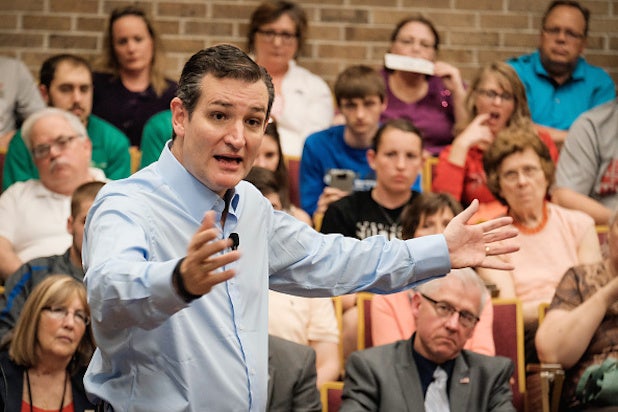 Ted Cruz is generating attention today for the strangest of reasons: He once argued in a Texas case to oppose the legalization of sex toys.

Yes, this is a real thing that happened. (Just as Cruz really did recently call Donald Trump a rat with whom he would not like to have sex.)

“There is no substantive-due-process right to stimulate one’s genitals for non-medical purposes unrelated to procreation or outside of an interpersonal relationship,” Cruz’s office declared in a legal brief while he was serving as Texas solicitor general.

The Mother Jones story has sparked some interesting Twitter responses:

Ted Cruz thinks people don't have a right to "stimulate their genitals." I was his college roommate. This would be a new belief of his.

I don't get @tedcruz 's anti-dildo stance. Isn't he running as one?