This story about Joey King first appeared in the Down to the Wire issue of TheWrap’s Emmy magazine.

Joey King took on the most “mentally and physically demanding” role of her life when she signed on to play Gypsy Rose Blanchard in “The Act.”

Gypsy Rose’s mother, Dee Dee (played by Patricia Arquette in the fact-based Hulu limited series), convinced her daughter that she suffered from illnesses like leukemia and muscular dystrophy, although doctors never found any evidence that Gypsy had the conditions. She did have a unique voice, though — a high-pitched little-girl voice that King studied by “going to sleep with interviews of Gypsy playing through my headphones.” (She never spoke directly to Gypsy, who is currently in prison for her role in her mother’s murder.)

King didn’t read for the role in that voice, though. “They didn’t want people to audition with the voice because they didn’t want it to seem like they were mocking the character, and instead hoped to find someone who just really captured the soul of the character,” she said. “Only after I booked the role did I say to our producers, ‘I really think it’s important for me to try and do the voice.'”

She also watched the HBO documentary about the case, “Mommy Dead and Dearest,” “probably more times than I can even count” to capture Gypsy’s mannerisms. But the most challenging scene for King, she said, was the one between Gypsy and boyfriend Nick Godejohn (played by Calum Worthy) that took place after he killed Dee Dee so the two lovers could be together.

“It’s the scene when myself and Calum were hiding in the closet from the SWAT team,” she said. “We decided we were going to stay in character and stay in that closet the whole time, and we didn’t want to see the SWAT team before the scene of them dragging us out happened. We wanted it to happen organically.” 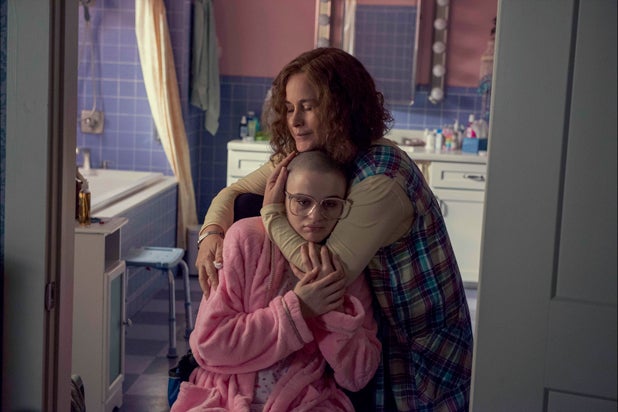 The powerful dynamic between King and Arquette, both Emmy nominees, was not restricted to what happened in front of the cameras. “I learned so much from Patricia, not just about acting but about being a kind and amazing person in general,” she said. “We developed such a trust between the both of us — we had an honesty policy with one another. If we ever thought that the other needed another take or could use some improvement in any way, we would always be honest and tell each other what our real feelings were. I felt supported by her 100%, and I know that she probably felt the same.”