A compelling but uneven game of cat and mouse unfolds in “The Old Man,” Jonathan E. Steinberg and Robert Levine’s adaptation of the Thomas Perry novel of the same name. At the center are two former CIA agents, Dan Chase (Jeff Bridges) and Harold Harper (John Lithgow), who take turns as the hunter and quarry, as well as the “old man” of the title.

But while the FX drama deals in such dichotomies—predator and prey, hero and villain—it’s much more ambiguous about morality than its source material. “The Old Man” reminds us (and then reminds us some more) that being the hero of a story is often a matter of perspective; sometimes, it’s simply a matter of time.

When we first meet Dan, he looks well past his prime—waking up throughout the night to pee, enduring condescending bromides about aging from a new doctor. These early scenes garner sympathy for the character, who’s kind of like a septuagenarian John Wick, complete with beloved canines and a deceased wife (here, Hiam Abbas as the late Mrs. Chase). Those are just a few of the ways the series recalls the Keanu Reeves-led action franchise, or any number of “one last job” and “retired badass reluctantly re-enters the fray” stories, like “The Equalizer” and “Taken”. Also Read:
4 New TV Shows to Watch This Week (And Just as Many Movies), From ‘The Old Man’ to ‘Evil’

At first, the familiarity just feels a part of the show’s themes. Dan led so many lives before settling into this one; he could have spent any one of them as a hitman or con man. And there are others like Dan, with their particular sets of skills honed over long careers filled with actions that probably wouldn’t hold up under scrutiny. His is a story that’s been told before, whether in a stylish thriller or an exposé.

However intentional the move may be, it marks the series with a weariness that’s hard to shake, even as Bridges and director Jon Watts (who helmed the first two episodes) deliver an extended fight scene that’s more electrifying than most blockbusters are capable of producing these days. Bridges is quite credible in these moments (which are made all the more impressive when you realize the actor was diagnosed with cancer during production, and is now in remission) and Watts stays on him as Dan’s simmering anger reaches a brutal peak. The hand-to-hand combat in the premiere is grueling and it’s primal, and a galvanizing reintroduction to the main character (not to mention, one helluva way of saying “I’m back.”)

But such kinetic bursts of energy are few and far between in “The Old Man.” For every revelation or increasingly tense tête-à-tête between Dan and Harold, there are dull stretches wherein agents from the FBI or CIA or some other alphabet agency sit around watching the manhunt via their monitors, describing the action to each other and the audience. The relationship between Harold and Agent Angela Adams (Alia Shawkat) manages to liven up these scenes; it’s much deeper than mentor and mentee, but the cracks begin to show at the midseason mark.

Much will be made (and rightly so) about Dave and Carol, the Very Good Dogs who assist Dan, but the supporting cast is led by a restrained-but-still dynamic Shawkat, who gives the impression that she’s biding her time. Angela frequently butts heads with Raymond Waters (E.J. Bonilla), an intelligence agent who’s more out of the loop than he realizes. Elsewhere, Amy Brenneman plays a nervy divorcée with her own relationship to Dan. Their roles are deceptively straightforward, and play with expectations of who’s a victim and a liability in these stories of comeuppance and a second chance at life. Brenneman’s Zoe represents one of the more welcome departures from the book—the character’s much more formidable here, and is among the few women who fare better on screen than on the page. Abbas haunts the proceedings as the late Abbey, but is regrettably underutilized.

Though Steinberg and Levine fill in their world, the biggest draw is the confrontation between Dan and Harold nearly four decades in the making. The first episode only hints at the schism between the two men, who, in the 1980s, were deeply involved in U.S. operations in Afghanistan, including backing the Mujahideen. Flashbacks in subsequent episodes (a total of four were made available for review) spell out the reasons for their rift, which are shrouded in ideology but ultimately much more personal.

Now, 30-plus years after having moved on—Harold, to a top post at the FBI, and Dan, to a quiet family life—these former collaborators put each other’s decisions under the microscope. Dan’s actions during the Soviet occupation of Afghanistan made him an enemy of the state, but he posits that, in 2022, “maybe now I’m not the one that comes off looking like the bad guy and your life gets complicated.” But while Perry’s book is more black and white about the “good” guys and the bad, “The Old Man” never firmly applies any of those labels to its characters.

This, too, feels like a retread—in this case, of recent prestige TV dramas—but the two leads imbue the story with great humanity, if not urgency. Bridges and Lithgow have never been better, even when saddled with dry dialogue and surface-level observations about right and wrong. Bridges’ performance captures the mutable nature of morality, raising questions about who’s allowed to break the rules. Lithgow is similarly nimble as Harold, who faces situations that would unravel a lesser man. Where Dan’s most revealing moment in the premiere is that nighttime brawl, we learn who Harold is in a much quieter scene at home, as he privately breaks down over the death of his son. Lithgow signals the shift from grieving father to no-nonsense company man with a subtle change in demeanor that establishes the toll that years of cover-ups have taken.

Bridges and Lithgow make the case for a two-hander, but the first half of the season limits their interactions to the occasional threatening phone call. Instead, it explores the characters’ shared history primarily through flashbacks, where Bill Heck and Christopher Redman play the younger versions of Dan and Harold, respectively. Redman evokes Lithgow’s precise pronunciation and a fastidiousness that belies the unflinching nature of this company man. Heck is more of a blank slate, but he does have an earthy quality that recalls Bridges’ own appeal.

Still, the first four episodes (of seven total) are mostly an exercise in delayed gratification, as we wait for a showdown between Dan and Harold. Bridges and Lithgow do their damnedest to make things worth the wait, while Steinberg and Levine offer other intriguing arcs, particularly in the past, where one character who’s underexplored in the present comes to riveting life. There’s a lot riding on the second half, but the lead performers of “The Old Man” prove how potent a second—and third—act can be.

“The Old Man” premieres Thursday, June 16 on FX at 10pm ET/PT and streams the next day on Hulu. 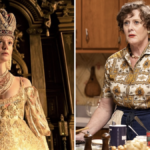 Also Read:
Are ‘The Great’ and ‘Julia’ Too Good for Emmy? Let’s Hope Not