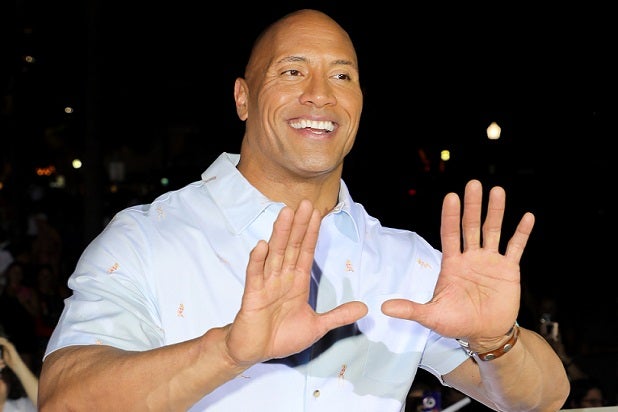 Gotta give The Rock credit; he has a sense of humor about his failures.

Wrestler-turned-actor Dwayne “The Rock” Johnson reacted to receiving a Razzie award for last year’s “Baywatch,” saying he “humbly and graciously” accepts it.

In a video recorded Sunday — coincidentally the day of the actual Oscars — Johnson even managed to find a “cool thing” about receiving the anti-honor.

Also Read: Dwayne 'The Rock' Johnson Says He Has 'No Plans' to Make Another 'Journey' Movie

“But here’s the cool thing — the movie was so bad they actually had to create another category, I’m not kidding,” Johnson said. “The new category is, ‘A Movie So Rotten You Eventually Fell in Love With it.'”

“Which means, the s— sandwich you have been eating is so bad that you eventually started to like it,” he continued.

Johnson added that he “made ‘Baywatch’ with the best of intentions. It didn’t work out like that, but I humbly and graciously accept my Razzie. And I thank you critics, thank you fans.”

Watch Johnson accept his Razzie in the video.

It’s the #Oscars and Hollywood’s biggest night! So let me go ahead and take this “L” right on the chin for Baywatch. Win some, lose some, but hey… that’s the way love goes. @RazzieAwards #Baywatch??’????? #AndTheWinnerLosesOn