“The Sinner” is back this summer, and once again, we know who committed the crime, but not why.

Elisha Henig plays an 11-year-old who murders his parents in rural New York with no apparent motive — although the trailer hints that perhaps his parents weren’t the best parents.

Bill Pullman plays Det. Harry Ambrose, who is in charge of the case that reveals some hidden darkness about his hometown. Carrie Coon plays Vera, a mysterious woman who will stop at nothing to protect the town’s secrets. USA also revealed a first look at Tracy Letts playing Jack Novak, a childhood friend of Ambrose’s (see below). 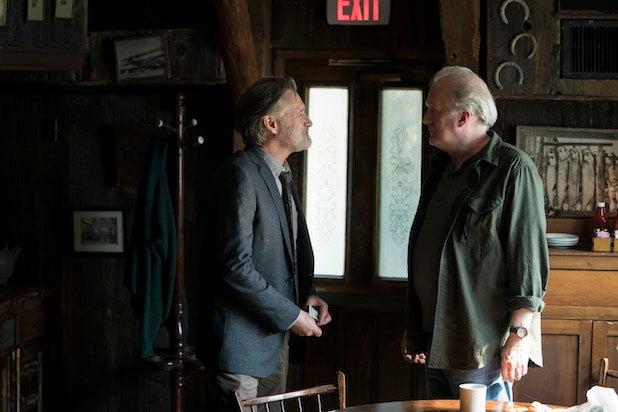 Once again, we know WHO did it… but we don’t know WHY.  Here’s an exclusive first look at #TheSinner Season 2 @thesinnerusa