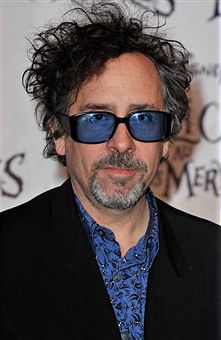 Somebody call Tag Team, because we might need another remix.

Fresh on the heels of Disney’s surprisingly successful "Alice in Wonderland," filmmaker Tim Burton has signed on to direct a 3D stop-motion animated version of "The Addams Family," based on Charles Addams’ original cartoon drawings published in the New Yorker from 1938 until Addams’ 1988 death, reports Deadline New York.

This is obviously a match made in Hollywood heaven. Frankly, I’m surprised Burton didn’t put his stamp on this franchise years ago, after the disappointing 1-2 punch of "Sleepy Hollow" and "Planet of the Apes."

No writer has been hired yet, but it shouldn’t be long before one comes aboard. I’m hoping Burton will reunite with screenwriter Caroline Thompson, who wrote the first live-action "Addams Family" movie and has collaborated with Burton three times, on "Edward Scissorhands," "The Nightmare Before Christmas" and "The Corpse Bride."

Regardless of who gets the gig, Burton’s movie will exist as a separate entity from the 1960s TV series and Barry Sonnenfeld’s 1991 feature film and its 1993 sequel, as well as the "Addams Family" musical that’s in previews on Broadway with Nathan Lane as Gomez and Bebe Neuwirth as Morticia.

I grew up with "The Addams Family" movies, but the reason they worked as well as they did was the casting, from Raul Julia and Anjelica Huston as the eccentric parents to a prepubescent Christina Ricci as death-obsessed Wednesday, to Christopher Lloyd as the wacky Uncle Fester and Joan Cusack as his homicidal new bride.

It’ll be interesting to see how the family dynamic works without real actors onscreen, though to be fair, stop-motion animation didn’t take away anything from that aspect of Wes Anderson’s "Fantastic Mr. Fox."

Burton is, of course, no stranger to animated fare, having produced Henry Selick’s classic "The Nightmare Before Christmas" and more recently, Shane Acker’s lackluster "9." He also directed "The Corpse Bride" in 2005 (which wasn’t very good either) and is planning a feature version of his 1984 short film "Frankenweenie," which more or less put him on Hollywood’s radar and got him the job directing "Pee-wee’s Big Adventure."

I love Burton’s visual style (and look forward to seeing what he does with Cousin Itt and Thing), and while I was hoping he would return to the macabre world of "Beetlejuice," I suppose this property is the next best thing.

Just please, for the love of God, leave Johnny Depp out of it!