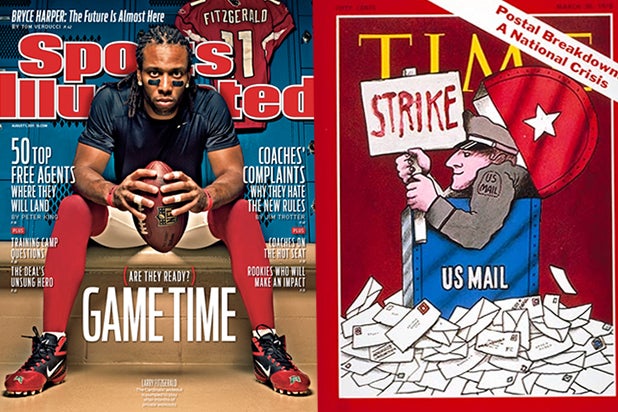 Time Inc. employees who are Newspaper Guild of New York members turned down Time’s final contract offer that would affect more than 200 newsroom employees in a near unanimous vote.

The package would cut benefits and compensation and would enable management to replace journalists at Time, People, Fortune, Money and Sports Illustrated with outsourced content from low-wage countries. The new contract would permit the company to subcontract more than half of the journalists at the five publications — up to 60 full-time regular positions and all of the current 100 temporary positions.

“Time Inc.’s proposal to hollow out its own company was voted down by its employees in a nearly unanimous vote because it is simply not acceptable,” Newspaper Guild of New York President Bill O’Meara said. “Management wants the ability to send 160 editorial jobs overseas, which would be a massive blow to some of the nation’s most important and respected magazines. Many of Time Inc.’s proposals are not only outrageous, but illegal.”

Time Inc. recently secured $10 million in state taxpayer subsidies for relocating its offices to Lower Manhattan and keeping jobs in New York City. Time Inc. was spun off from parent company Time Warner Inc. in June with $1.3 billion in debt.

The employees’ rejection comes as Time Warner’s Turner Broadcasting is laying off 1,475 full-time employees, a 10 percent reduction in staff. Those job cuts will come from all levels across the company’s news, entertainment, kids, young adult and sports networks and business, as well as corporate functions. Time Warner turned down a takeover bid from Rupert Murdoch for $80 billion that forced frugality throughout its subsidiaries.