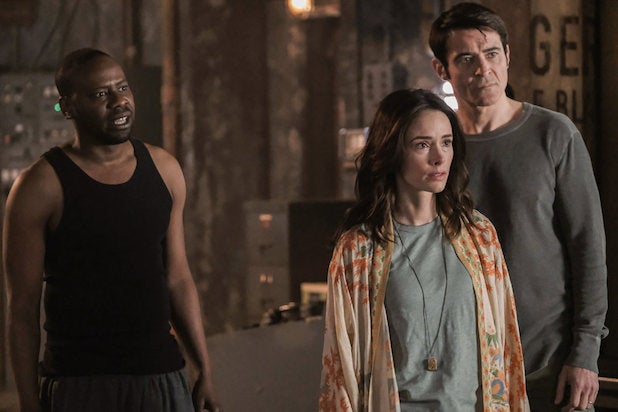 Time has finally run out for “Timeless” — for the last time. The series which has been in limbo while awaiting a renewal decision for months has been canceled for the second time by NBC, an individual with knowledge of the decision tells TheWrap.

However, there still may be a silver lining for Clockblockers, as the broadcast network and the Eric Kripke drama’s studio, Sony Television, are in talks to wrap things up with a two-hour series finale.

Of course, “Timeless” fans have already suffered through this situation once before, as the show was canceled last spring after just one season, though that was quickly reversed by NBC after a huge wave of support from viewers via social media.

Also Read: From 'Sense8' to #BK99, Here's How Loud and Successful Twitter Is at Saving Canceled Shows (Infographic)

But its sophomore season’s Nielsen ratings weren’t great (just like its freshman installment) and an insider previously told TheWrap chances are, if it did get canceled, the Peacock network would not bring it back again — no matter how much fans campaign.

Now, if the movie thing doesn’t pan out, Sony also has the option to shop “Timeless” elsewhere and possibly get it picked up by another network or a streaming platform — a move that has worked for several other shows that were canceled as decisions were made for the 2018-19 programming slates. (See: “Brooklyn Nine-Nine,” “Lucifer,” and “The Expanse.”)

“Timeless” was created by Kripke (“Revolution,” “Supernatural”) and Shawn Ryan (“The Shield”) and followed a trio of heroes throughout history — Rufus (Malcolm Barrett), a scientist; Wyatt (Matt Lanter), a soldier; and Lucy (Abigail Spencer), a history professor – in an attempt to prevent the destruction of the world as we all know it.