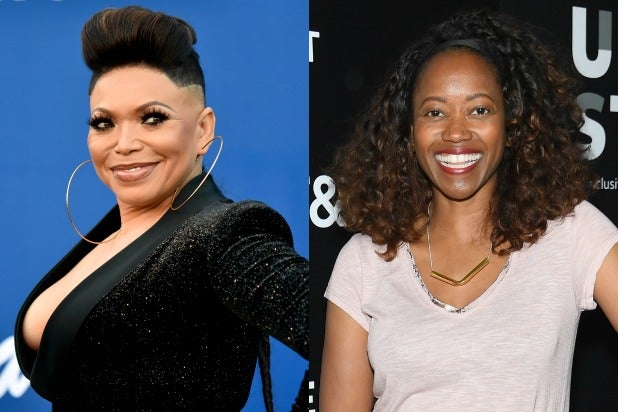 Alexander (right), who did 10 episodes of the Tim Allen comedy during its ABC days, currently recurs on two series: CW’s “Black Lightning” and HBO’s “Insecure.” She’s unavailable for this one.

Carol, the wife of Mike Baxter’s (Allen) neighbor and co-worker Chuck, was introduced in Season 2 of the 20th Century Fox-produced “Last Man Standing” and became best friends with Mike’s wife, Vanessa (Nancy Travis). In the show’s final season on ABC, however, Carol left Denver for a one-year-long work assignment out in California. Chuck stayed behind.

Previously, Jet Jurgensmeyer (new Boyd) and Molly McCook (new Mandy) replaced Flynn Morrison and Molly Ephraim for this inaugural season on Fox. Mandy is one of the Baxters’ daughters and has appeared (in one form or another) in every episode of the sitcom. Boyd, a grandson of Mike and Vanessa, has shown up in half the episodes.

Read how this iteration of “Last Man Standing” explained away its biggest recasting — the new-Mandy one — here.

Deadline first reported the news of the Campbell casting.