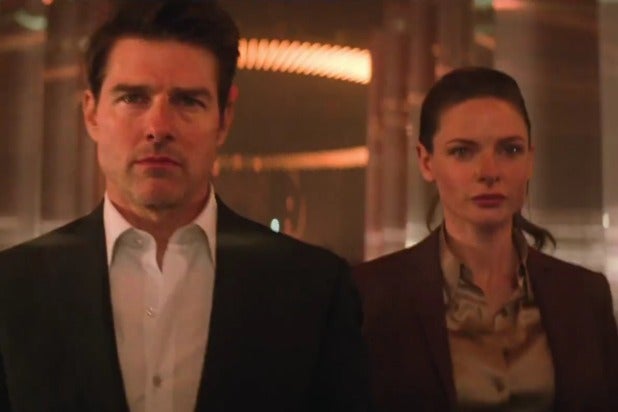 Tom Cruise didn’t risk life and limb for you to see “Mission: Impossible — Fallout” on a TV that makes it look like a soap opera, and he wants to let you know that he’s fighting to change this.

In a new video posted from the set of “Top Gun: Maverick,” Cruise and “Fallout” director Christopher McQuarrie gave a public service announcement of sorts about “motion smoothing,” a setting on TVs that adds artificial frames to increase the frame rate of broadcasts to 60 frames per second. That’s great for sports broadcasts, but for movies, which are still framed at 24 frames per second, it makes it look like they are being played at 1.5x speed.

I’m taking a quick break from filming to tell you the best way to watch Mission: Impossible Fallout (or any movie you love) at home. pic.twitter.com/oW2eTm1IUA

Cruise and McQuarrie also note that “motion smoothing” is set as a default setting, and turning off the setting can require digging deep into settings menus, and it might not even be labeled as “motion smoothing,” depending on what TV you have. McQuarrie has become so irritated by this that he, along with several other top directors like Christopher Nolan and Paul Thomas Anderson, have pushed the Directors Guild of America to work with TV companies to make it easier to turn motion smoothing off.

No word yet on whether the DGA has sent Les Grossman to rain an “ungodly firestorm” on those TV manufacturers. In the meantime, you can buy “Mission: Impossible — Fallout” on Blu-ray today, and see Cruise in “Top Gun: Maverick” in June 2020.