Tom Cruise has earned his biggest box office achievement in his four-decade career thanks to “Top Gun: Maverick” — a $1 billion grossing film.

While Paramount and Skydance have not officially declared it, industry estimates are expecting “Top Gun: Maverick” to cross $1 billion worldwide on Sunday after it grossed $30.5 million domestic and $44.5 million in overseas markets. That brings its estimated total to $521 million domestic and $484 million international, putting it just past $1 billion globally depending on final Sunday numbers.

In doing so, it also passes “Doctor Strange in the Multiverse of Madness” as the highest grossing film of the year. 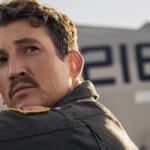 Back in 1986, “Top Gun” cemented Tom Cruise’s status as an A-list movie star, and even after the success of Cruise’s “Mission: Impossible” films stood for decades as the actor’s top domestic grosser after inflation adjustment. “Maverick” has now surpassed that record, currently standing 15th among the top grossing films in U.S. and Canada after passing “Star Wars: The Rise of Skywalker” this weekend.

With Cruise and Skydance securing a four-month theatrical window for “Top Gun: Maverick” and moviegoers continuing to come back for repeat viewings, the film is certain to pass $600 million domestic and may even pass “Black Panther” and become the sixth film to reach $700 million.

As it stands, “Maverick” is only the second Paramount release to cross the half-billion mark from domestic receipts alone, joining James Cameron’s record-breaking “Titanic.” It is also just the fourth Paramount film to reach $1 billion worldwide, joining “Titanic” and the “Transformers” films “Dark of the Moon” and “Age of Extinction.”