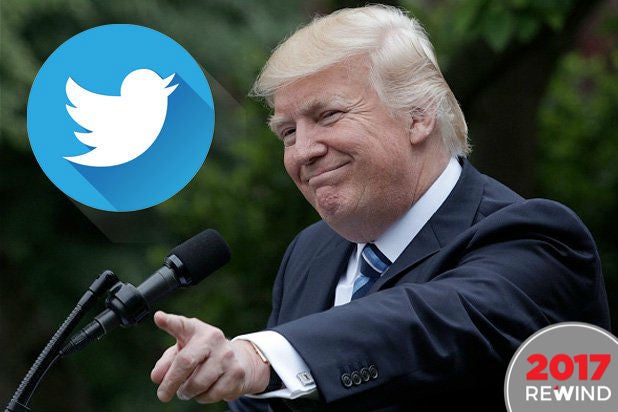 You’ve got to give it to the stable-genius-in-chief on this one: he can be the ultimate troll.

As hundreds of thousands of people took to the streets across the country on Saturday for the second annual Women’s March, President Donald Trump was doing what he does best — tweeting. And he wanted to let everyone know it’s a “perfect day” for the ladies to march… thanks to him.

“Get out there now to celebrate the historic milestones and unprecedented economic success and wealth creation that has taken place over the last 12 months,” tweeted the president. “Lowest female unemployment in 18 years!”

Beautiful weather all over our great country, a perfect day for all Women to March. Get out there now to celebrate the historic milestones and unprecedented economic success and wealth creation that has taken place over the last 12 months. Lowest female unemployment in 18 years!

The economy doesn’t look to be a front-and-center issue for the the march, which is focusing on voter registration and electing more women, but you heard him, ladies, get out there and celebrate the POTUS’ success!

Meanwhile, Trump’s tweet is, naturally, causing a stir. Palmer Report added it to a healthy list of Trump headlines by the early afternoon.

Others jumped in to remind him he’s not the most popular guy at the marches.

You do realize that they are protesting you and your policy?

One woman’s sign is already itching for the 2018 midterm elections.

There were some other “creative” plays on his recent immigration comments.

And perhaps coldly, some are looking to the president’s poor diet as “democracy’s only hope.”

This tweet summed up most of what the #Resistance had to say about the president’s comments: