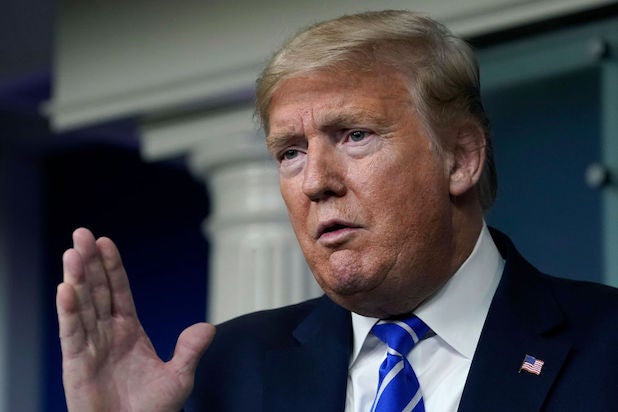 President Trump said Tuesday night that he was pulling the Republican National Convention from the state of North Carolina and was now looking for a new state to hold the convention.

“Had long planned to have the Republican National Convention in Charlotte, North Carolina, a place I love. Now, @NC_Governor Roy Cooper and his representatives refuse to guarantee that we can have use of the Spectrum Arena,” Trump tweeted. “Spend millions of dollars, have everybody arrive, and then tell them they will not be able to gain entry. Governor Cooper is still in Shelter-In-Place Mode, and not allowing us to occupy the arena as originally anticipated and promised.”

He added, “Would have showcased beautiful North Carolina to the World, and brought in hundreds of millions of dollars, and jobs, for the State. Because of @NC_Governor, we are now forced to seek another State to host the 2020 Republican National Convention.”

Earlier Tuesday, Gov. Roy Cooper, a Democrat, sent a letter to the Republican National Committee saying that a full convention, currently scheduled to take place in August, was not likely given the ongoing coronavirus pandemic and the likely need for social distancing and other steps to limit crowd sizes in indoor venues.

“The people of North Carolina do not know what the status of COVID-19 will be in August, so planning for a scaled-down convention with fewer people, social distancing and face coverings is a necessity,” Cooper said in the letter. “We are happy to continue talking with you about what a scaled-down convention would look like and we still await your proposed plan to that. We also await answers to the safety questions posed by our Health and Human Services Secretary, specifically regarding social distancing and face coverings.”