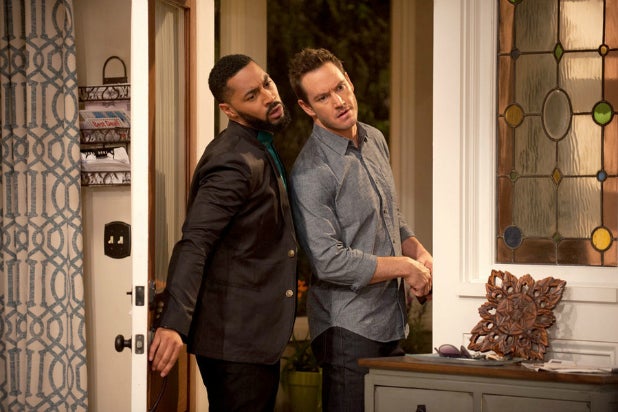 NBC has cut its order for freshman comedy “Truth Be Told” from 13 episodes to 10, TheWrap has learned.

The move comes after the show has aired just two episodes. The premiere of the series on Oct. 17 failed to attract a large audience, drawing only 2.6 million viewers and a 0.7 rating in the advertiser coveted adults 18-49 demographic.

Episode two did not fare much better, netting only 2.3 million viewers and 0.6 rating in the key demographic.

The multi-camera sitcom follows Mitch (Mark Paul Gosselaar), his wife Tracy (Vanessa Lachey) and their best friends Russell (Tone Bell) and Angie (Brenda Webb). The show was created by DJ Nash, who executive produces along with Will Packer.

“Truth Be Told” is the latest new series to get its episode order trimmed. Fox’s “Minority Report,” ABC’s “Blood & Oil,” and NBC’s “The Player” have all had their orders cut back after just a few weeks.

NBC also recently cut the episode orders for midseason comedies “Superstore” with America Ferrera and Eva Longoria‘s “Hot and Bothered” from 13 episodes to 11 each.

Meanwhile, shows like ABC’s “Quantico” and CBS’ “Limitless” were given full season orders by their respective networks in the last few weeks.