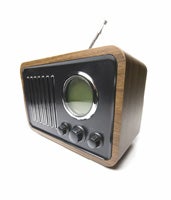 TV didn’t kill the radio star. And it may be helping radio recover from the recession by buying ads.

According to figures released this week by the Radio Advertising Bureau, local and national radio revenue increased 6 percent during the first quarter – the biggest increase since 2007.

The results were encouraging to RAB President and CEO Jeff Haley, who said it demonstrates advertisers “renewed enthusiasm for spending in our medium … advertisers have found and, in many instances, rediscovered radio.”

Cellphone providers spent the most on advertising on radio, with AT&T ($108.3M) and Verizon Wireless ($104.1M) accounting for 61 percent of that sector, according to RAB.

But television – the second biggest segment of radio ad revenue – increased its share, spending 23 percent more on radio ads than it did in the first quarter of 2009.