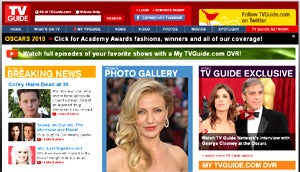 Executive programming note: TVGuide.com has appointed Christy Tanner – the site’s VP of marketing and its editor-in-chief for TVGuide.com – to the role of general manager.

Since joining the site in 2006, its unique monthly traffic has quadrupled to 21 million, TV Guide said, due in part to Tanner’s social networking efforts.

There’s a good reason for staffing up on the digital side. The usefulness of a printed television guide has become antiquated, given the ubiquity of on-screen guides and the Internet. But as we careen closer and closer to a world with fully Web-enabled HD televisions, the idea of a digital "TV Guide" regains its relevance.