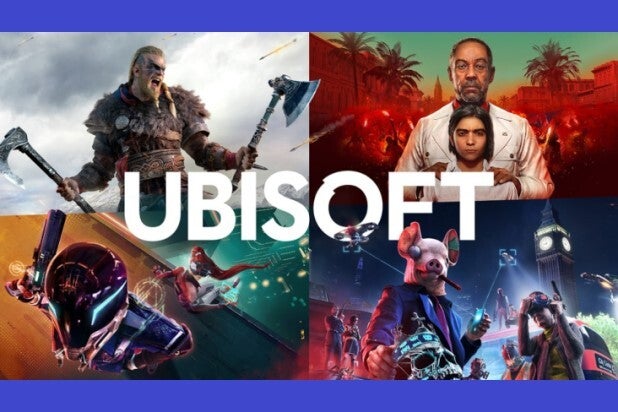 Game publisher Ubisoft held its annual Ubisoft Forward event virtually this year because of the pandemic, and used a live-streamed version of the July 12 show to provide its annual mid-summer updates on upcoming games.

The company provided updates for several of its hit titles that will be released later this year, including “Far Cry 6,” “Assassin’s Creed Valhalla,” and “Watch Dogs Legion.” Check out the top takeaways and video trailers from Ubisoft Forward 2020 below.

Far Cry 6
“Breaking Bad” and “Better Call Saul” fan favorite Giancarlo Esposito was introduced as a leading man in Ubisoft’s upcoming sixth installment in the “Far Cry” series. Esposito signed on to portray Antón Castillo, a kingpin bent on conquering the fictional island of Yara with the help of his son, Diego.

“Far Cry 6” players will enter the story as a guerrilla revolutionary fighting against the occupation in Yara — with the option to play as either male or female combatants.

“Far Cry 6” will be scored by “Narcos” composer Pedro Bromfman and its opening sequence is being developed by Patrick Clair, an Emmy award-winning sound designer who worked on “Westworld” and “True Detective.” Ubisoft also confirmed “Far Cry 6” will be released in February 2021 for current and next-generation consoles.

The game will also be released on next-generation consoles including the PS5 and Xbox Series X, but Ubisoft didn’t provide a release date for those versions of the game.

“Valhalla” will incorporate the ability to play as either a male or female assassin — the same as the previous three “Assassin’s Creed” titles, but Ubisoft said it’s taking that option a step further, and will allow players to change their avatar’s gender at any time. In some “Assassin’s Creed” titles, the players’ respective gender selections actually provide advantages for stealth or movement, so it’s possible those dynamics will return in “Valhalla” as well.

Ubisoft revealed a full half-hour of “Valhalla” gameplay during the event (following several leaks earlier in the week which showed very rough footage and drew criticism online), which can be seen here.

Watch Dogs Legion
The third game in Ubisoft’s hacker dystopia series “Watch Dogs,” called “Watch Dogs Legion,” will debut October 29. The game premiered at E3 2019 and will be set in a fictionalized version of London — continuing the story of hacker group DedSec as it recruits players to join its cause and take back control of London from the surveillance state.

Ubisoft also teased in reveal trailers that “Watch Dogs Legion” will let players recruit any NPC (non-player character) to assist with jobs, and said it will allow up to four people to do multiplayer jobs.

Hyper Scape
Ubisoft’s first attempt at a battle royale shooter game to rival Epic Games’ “Fortnite” is called “Hyper Scape,” and it launched a new open beta mode July 12. The game will offer a battle pass with up to 30 items and new weapons. Ubisoft hasn’t put a release date on “Hyper Scape,” but it’s now open to anyone with access to the beta trial.

Game Updates
Ubisoft also announced updates for several of its existing titles, including “Tom Clancy’s Ghost Recon Breakpoint,” a first-person shooter game that will begin allowing players to add computer-generated teammates to their squad for the first time. Solo players can add AI teammates to their group, give them orders and customize their gear in-game beginning July 15.

Open-world racing game “The Crew 2” is going for a retro theme this summer with its upcoming “Flashy 80s Summer in Hollywood” update, which will let users careen around California streets in various iconic rides from the 1980s, including the DeLorean from “Back to the Future.”

And fitness game “Just Dance 2020” will get an update July 23, which will see three new song additions and the return of several songs from the classic “Just Dance” games.