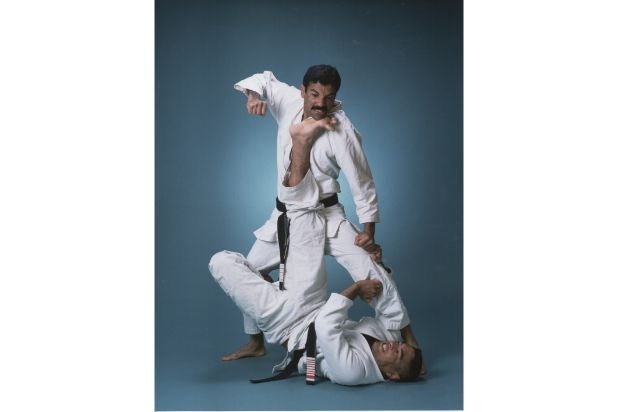 Gunpowder & Sky has acquired the worldwide rights to “UFC 1: Origins of the Octagon,” a documentary from the producers of “The Last Dance” about the beginnings of the pro mixed martial arts league UFC, it was announced Wednesday.

The documentary traces the roots of the UFC back to its tumultuous first event in 1993. Gunpowder & Sky will release the film this fall through a pay-per-view streaming event and a digital release to follow one week later.

Mike Tollin, who produced the hit ESPN docu-series “The Last Dance” about the ’98 Chicago Bulls, is a producer on “Origins of the Octagon.” It follows how a Brazilian jiu-jitsu fighter in Royce Gracie teamed with used car salesman Art Davie and Bob Meyrowitz’s pay-per-view company SEG to mount the first UFC fight.

Also Read: Magic Johnson Scores His Own 'The Last Dance' With New Feature Documentary in Development

Mason Gordon directed the film. The producers are Mike Tollin, Mark Ciardi, Josh Oshinsky, and “Origins of the Octagon” is a Mandalay Sports Media production and an ABG Entertainment film.

“We’re thrilled to be working with Gunpowder & Sky on bringing this stranger-than-fiction tale to life,” Tollin said in a statement. “Director Mason Gordon captures the wild convergence of the world’s greatest gladiators in a truly epic battle. This is actually how UFC got started – you have to see it to believe it!”

“With sports audiences around the world currently starved for content, we are thrilled to be partnering once again with our incredibly talented friends at Mandalay” Janet Brown of Gunpowder & Sky said in a statement. “There is nothing like sports stories to carry audiences on a rollercoaster of highs and lows, and this is no exception. It’s compulsory viewing for existing fans, and is so compelling that we guarantee it will win new ones!”

“UFC 1: Origins of the Octagon” is told through the eyes of Gracie and was developed with the full support of the Gracie family. Other people featured in the documentary include Ken Shamrock, Taylor Wily, Gerard Gordeau and Kathy Long.