Netflix’s upcoming comedy series “Uncoupled,” which comes from “Sex and the City” creator Darren Star and stars Neil Patrick Harris, has dropped a planned Latina housekeeper character from the show following complaints about the role’s “hurtful and derogatory” depiction made by a Mexican American actress who was up for the part.

“When I opened it and saw that it wasn’t even funny – it was hurtful and derogatory – I was shocked because I walked in expecting something very different given the way things are nowadays and the progress we’ve made,” actress Ada Maris told Variety in an interview published Thursday.

“Uncoupled” follows Michael (Harris), who thought his life was perfect until his husband blindsided him by walking out the door after 17 years. Overnight, Michael has to confront two nightmares: losing what he thought was his soulmate and suddenly finding himself a single gay man in his mid-40s in New York City. 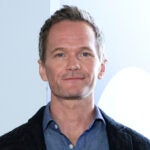 Star is creator and executive producer on the series alongside “Modern Family’s” Jeffrey Richman.

Maris told Variety she was offended by the portrayal of the Latina character, including the broken English used in the two scenes she appears in. She said she wondered how Star, who co-wrote the series premiere episode in question with Richman, and Harris would OK such a role.

“You are modern gay men. How would you like to watch or play an outdated, offensively stereotypical gay part?” Maris told Variety.

Netflix said in a statement to Variety: “We’re sorry that Ms. Maris had a negative experience, and this character will not appear in the series.” 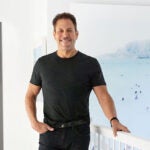 Maris, whose credits include NBC’s “Nurses,” FX’s “Mayans M.C.” and HBO Max’s “The Garcias,” told Variety she was taken aback that her agent had even come to her with the part in the first place and wants writers “to think the next time they write a character like that.”

“Young people are impressionable,” Maris told Variety. “These media images shape our ideas of ourselves. That’s why it’s really important that the portrayals be more realistic, not hurtful. We need to see ourselves more like we really are.”

A spokesperson for Star declined to comment Thursday and representatives for Netflix, “Uncoupled” studio MTV Entertainment Studios, Harris and Richman did not immediately respond to TheWrap’s request for comment.