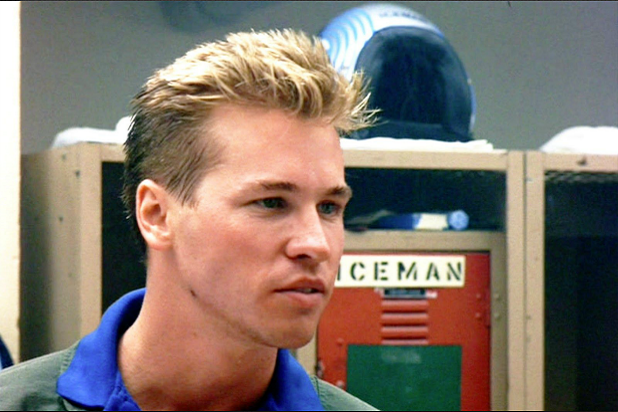 Val Kilmer will star opposite Tom Cruise in the “Top Gun: Maverick,” an individual with knowledge of the production told TheWrap.

Kilmer will join Cruise in the long-awaited sequel to Tony Scott’s 1986 action blockbuster, in which Cruise’s aviator Pete “Maverick” Mitchell is now a mentor to a new generation of U.S. Navy fighter pilots.

A rep for Paramount declined to comment on the casting of Kilmer, who has been spotted around the San Diego hotel the studio has been using since production began last week.

Kilmer, who played aviator Tom “Iceman” Kazansky and Cruise’s chief rival in the original film, is repped by CAA and Hirsch Wallerstein Hayum Matlof and Fishman.

Titled “Top Gun: Maverick,” the new film is set to hit theaters July 12, 2019. Joseph Kosinski is directing from a script by Eric Warren Singer, Peter Craig and Justin Marks. (Tony Scott had been circling the sequel project before his death in 2012.)

The original action movie — which also starred Anthony Edwards and Kelly McGillis — followed the exploits of a flight academy and its students.

Shortly after the post, however, Kilmer updated his Facebook post and said he had been premature in making the announcement: “This is a long way off so calm down. This has been talked about for a long long time and being offered a role is very different from doing a role. I jumped the gun with my post. I jumped the topgun… An innocent mistake. It was just such a wonderful phone call with my agent…”