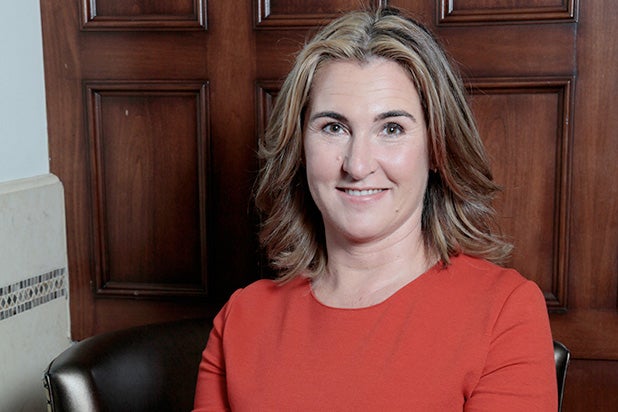 “Why Nancy Dubuc? Simply put, because rarely in business do you get to work in a perfect partnership,” said Smith in a press release. “We are a modern day Bonnie and Clyde and we are going to take all your money.”

Smith, who has steered the company since it’s early beginnings as an edgy Montreal startup will transition to the role of “executive chairman.”

“Shane and the team at Vice have done what all of us aspire to do — build a brand and make content that people really care about,” said Dubuc. “It’s an honor to join a brand with such tremendous opportunity and I look forward to growing the platform for decades to come.”

Smith will now be focused on creating content, strategic deals and partnerships to help grow the company.

Dubuc, a member of the Vice Media board, joins the company from A&E where she previously served as president and chief executive officer.

Smith announced news of her hiring in an official memo sent to staff on Tuesday, writing that he was thrilled to have Dubuc onboard and joked about yesterday’s leaks of her hire.

“While we tried our damnedest to have everything signed, sealed and delivered before sharing it with you and with the rest of the world, we seemingly can’t take a crap in this town without it leaking to the press,” he said. “Today we put this speculation to rest and turn our focus toward executing our growth plans to maintain our hegemonic place atop the new media landscape which, in turn, will give us the ability to control our own destiny.”

Despite the language, Dubuc joins Vice at a fraught moment. Last month, the company reported that it missed its 2017 earnings target by $100 million. The organization has also been racked by a series of #MeToo scandals that have resulted in the departure of Mike Germano and the suspension of Andrew Creighton, the company’s chief digital officer and president, respectively.