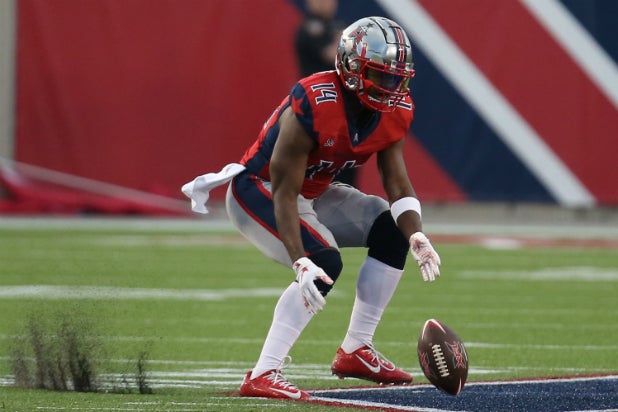 Days after shutting down and laying off its employees, Vince McMahon’s XFL has filed for Chapter 11 bankruptcy.

The debut season — the WWE chief’s second attempt at a spring professional football league — was shuttered amid the coronavirus pandemic in late March. In a Delaware bankruptcy court filing, the XFL listed between $10 million and $50 million in debts and an equal amount in assets.

News broke last Friday that the league would shut down operations and lay off all all but its top executives. In a statement at the time, owners McMahon and Alpha Entertainment said they would continue “evaluating next steps.” According to ESPN, staffers were informed of the decision in a conference call on Friday that they would be paid through the end of the regular season, which was scheduled to end yesterday.

This was the second attempt by WWE chairman McMahon to create a spring professional football league, following an earlier failed attempt in 2001.

The league’s return got off to a good start in February, averaging more than 3 million viewers across its opening weekend. But ratings would taper off in the weeks since. On March 20, the league ended its season early amid the spread of COVID-19.

McMahon announced the XFL’s relaunch back in January 2018, promising a “fan-centric, innovative experience” that includes “shorter, fast-paced games and a family-friendly environment.” The first edition of the XFL was a disaster for McMahon and NBC, which aired the league’s only season in 2001. The original XFL was beset by poor play and even worse TV ratings — in 2001, NBC did not yet have “Sunday Night Football,” which aired on ESPN at the time.